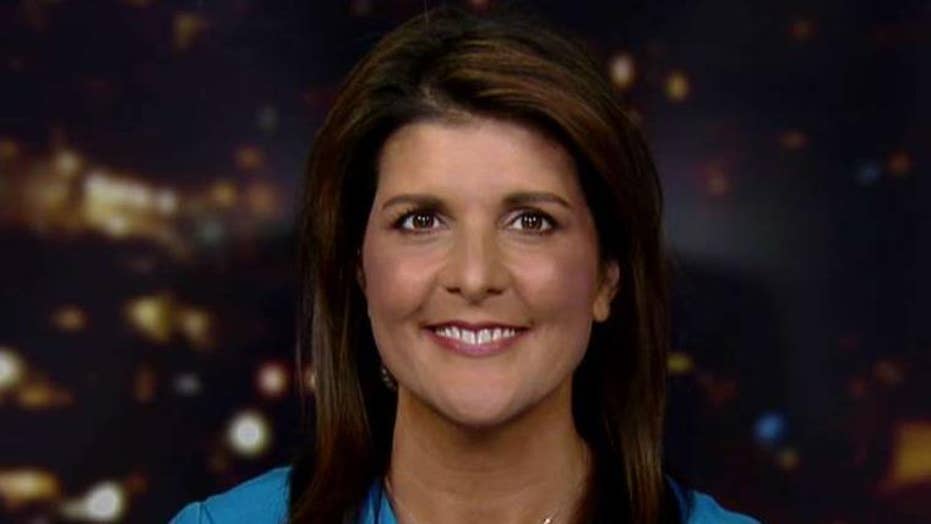 Tehran is having the regroup and figure out what's next following President Trump's decision to take out their top general, says Nikki Haley, former U.S. Ambassador to the United Nations.

"No one else in the world [mourns], because they knew that this man had evil [in his] veins," Haley added.  They knew what he was capable of. And they saw the destruction and the lives lost from his hands."

Soleimani, the head of the Islamic Revolutionary Guard Corps' elite Quds Force, was described by Secretary of State Mike Pompeo as being just as dangerous as Islamic State terror leader Abu Bakr al-Baghdadi, who killed himself during a raid by U.S.-led forces in Syria this past October.

Iran’s top "shadow commander" was responsible for the deaths of hundreds of American and coalition service members and the wounding of thousands more, according to State Department officials.

Despite Soleimani's terrorist status, many Democrats were quick to criticize President Trump for his failure to sign off on the U.S. airstrike without first seeking congressional approval. Liberal filmmaker Michael Moore went so far as to suggest that Americans have "never heard of him," but "will be trained to hate him."

Haley said the strike that killed Soleimani left Iran "shaking in their boots" and added that the Tehran government "did not see this coming."

What the president did left the Iranian regime completely flat-footed," she said. "... They thought that they could continue to do their multiple strikes, but when it got to the lives of Americans, the president is never going to allow that to happen ... You could see the Ayatollah crying today, because that was his number one strategist. That was the number one guy that has literally told all of the proxies in all of these countries who to kill, when to kill, how to kill, and that guy's now gone."

The former South Carolina governor also called on Democrats to come together in celebration of "a moment of strength for the United States."

"Partisan politics should stop when it comes to foreign policy. This is about America United. We need to be completely behind the president [and] what he did, because every one of those countries are watching our news media right now, seeing what everyone is saying.