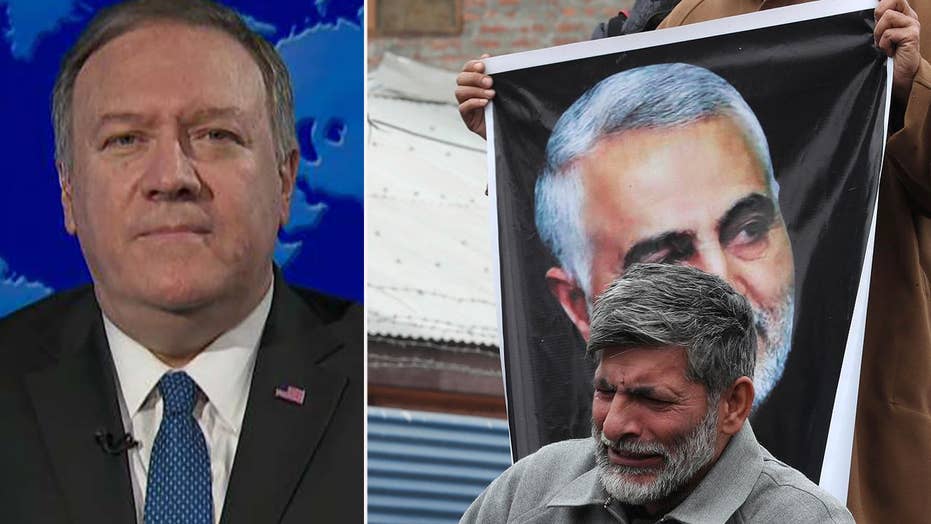 Pompeo stressed that the Trump administration has shown military "restraint" in the face of dozens of attacks directed by Iran and its proxies against American interests, culminating in the death of an American contractor in Iraq last week.

"I think the Iranian leadership understands President Trump will take action. ... We made very clear that these responses would be swift and decisive. We have now demonstrated that. I hope the Iranian leadership will see that and see American resolve and that their decision will be to de-escalate and take actions consistent with what normal nations do. In the event that they do not and they go in the other direction, I know that President Trump and the entire United States government is prepared to respond appropriately," said Pompeo.

President of Iran Hassan Rouhani promised early Friday to "take revenge for this heinous crime" carried out by the United States. Rouhani also said Iran would "raise the flag" of Soleimani, the head of the Islamic Revolutionary Guard Corps' elite Quds Force, "in defense of the country's territorial integrity and the fight against terrorism and extremism in the region." 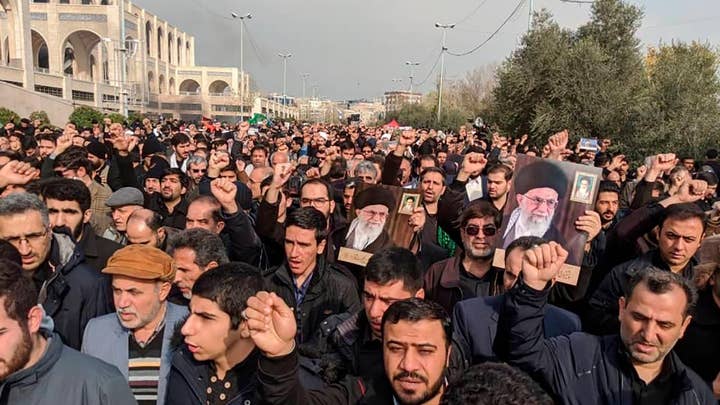 The Pentagon confirmed Thursday evening that Trump had ordered the attack that killed Soleimani and other military officials at Baghdad International Airport in Iraq. Iran’s top “shadow commander” was responsible for the deaths of hundreds of American and coalition service members and the wounding of thousands more, the State Department said.

Pompeo said the strike was carried out to prevent an "imminent attack" by forces directed by Soleimani.

"He's got hundreds of American lives and blood on his hands. What was sitting before us was his travels throughout the region, his efforts to make a significant strike against Americans. There would have been many Muslims killed as well, Iraqis and people in other countries. It was a strike that was aimed at disrupting that plot, disrupting further aggression and we hope, setting the conditions for de-escalation as well," he said.

Pompeo said Trump has taken a "fundamentally different" approach to dealing with Iran, arguing the country was emboldened by the softer policies of the Obama administration.

"We didn't send pallets of cash to the Iranians. We didn't pay for hostages. We didn't create a deal which would have given them a clear pathway to a nuclear weapon. We have taken a very different approach. We believe it's the one that will ultimately lead to success and stability in the Middle East," he said.