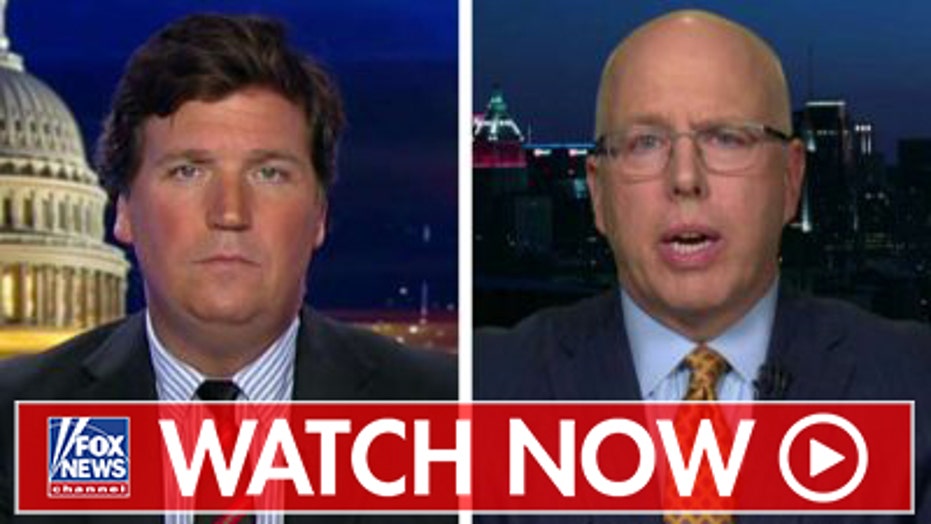 Todd McMurty, attorney for Nicholas Sandmann, on going forward with the lawsuit on 'Tucker Carlson Tonight.'

An attorney for the MAGA-hat wearing student suing the Washington Post and other news outlets for defamation said he hopes the newly-reopened legal case will expose the inner thoughts of the newspaper's editorial.

"What this ruling means is that we do get to proceed with discovery," he said, one day after the Jimmy Carter appointee issued the ruling.

During the interview, Carlson asked why Washington Post owner Jeff Bezos, the richest man in the world, has not settled the case with Sandmann.

"We have not really sought any opportunity to settle with the Washington Post," McMurty replied.

He said he is interested in the litigation at hand, hoping the Post will produce emails, text messages and internal office messenger communications that are relevant to Sandmann and the story they published about him.

"Then, we will review that and figure out what the Washington Post was thinking when they republished the false-factual narrative," he said, adding much of the information will be made public in court filings.

"So we are basically going to pull back the blinds and see what's behind there, and I expect we will get a very good look at the thought process of the Washington Post and the others."

Bertelsman's decision permitted Sandmann to obtain documents from The Post during an upcoming discovery process, as his lawyers have sought to argue that the paper negligently covered Sandmann's interactions Phillips while the student wore the red "Make America Great Again" hat and stood outside the Lincoln Memorial in January.

"The ruling bodes well for the NBC and CNN cases, as well," McMurtry previously tweeted, referring to other outstanding lawsuits concerning those outlets' coverage of the episode.

The judge noted that the new complaint "also alleges that [Sandmann] could be identified as the subject of [Phillips' statements] by reason of certain photographs of [Sandmann] and the videos" of the episode.

In a 36-page ruling in July that dismissed all of Sandmann's claims based on his initial complaint, Judge Bertelsman said that The Post never mentioned Sandmann by name in its initial coverage of the incident, referring only to groups of "hat-wearing teens." The judge maintained that "the words used contain no reflection upon any particular individual" and thus could not be constituted as defamation.