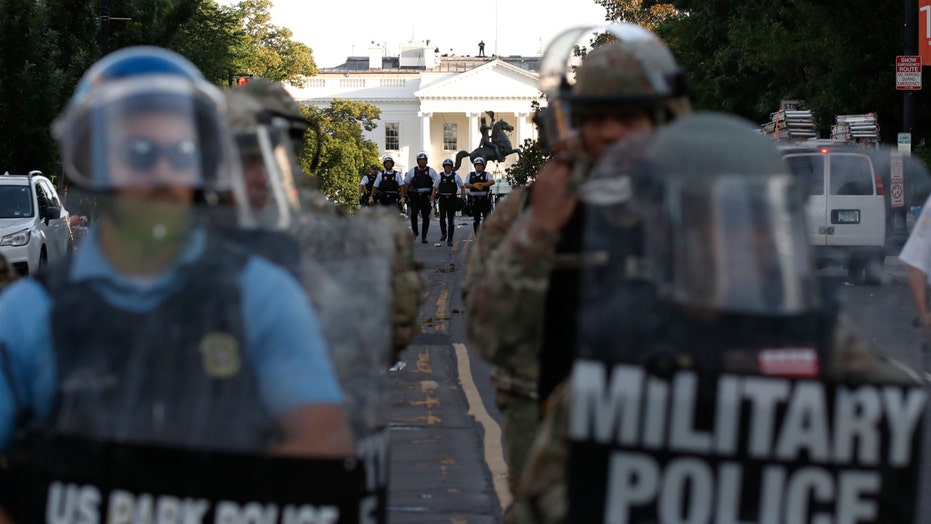 Mollie Hemingway on media overreaction to incident at Lafayette Park

Fox News contributor Mollie Hemingway criticized the media Tuesday for their coverage of the clearing of protesters from Washington, D.C.'s Lafayette Park last week, taking particular issue with the idea that peaceful protesters were attacked by law enforcement.

"The biggest problem is, I think we knew that the situation outside the White House was extremely bad, so bad that the Secret Service recommended Trump take precautions and go to the bunker," Hemingway told on the "Guy Benson Show" on Fox News Radio.

Hemingway, senior editor at The Federalist, told Benson that the press had undercut their own argument that too much force was used on the evening of June 1.

"And so when people describe this general situation here as peaceful, it's not helpful ... they needed to be precise," she said. "Their argument seems to be that at the precise moment that the park police were clearing out the area, there was not even a scintilla of unrest. I think that is itself completely ridiculous.

"But again, if you think that too much force was used, you can say that. But the media have had problems because of how overwrought they've been throughout the entire operation," Hemingway added. "And it makes them just seem like they're more political than, than journalists."

Hemingway and host Guy Benson also acknowledged that Trump "didn't help" the situation when he "lied" by claiming that he was just inspecting the White House bunker while demonstrators confronted police outside the executive mansion.

In an interview with "Special Report," Attorney General William Barr told Bret Baier that the Secret Service "recommended the president go down to the bunker" on the night of Friday, May 29.