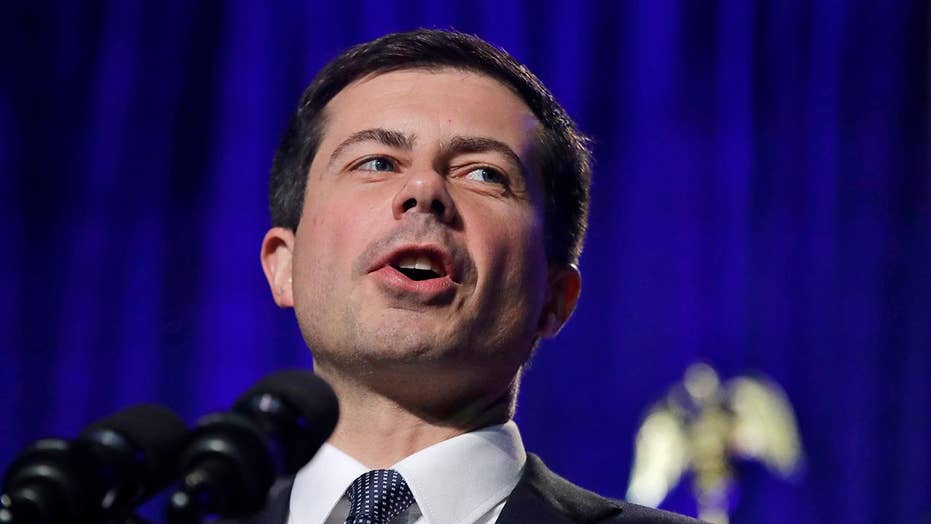 "The View" co-host Meghan McCain slammed South Bend, Ind., Mayor Pete Buttigieg over what she called his campaign's "sloppy" and "disrespectful" rollout of a policy plan aimed at black voters.

The Buttigieg campaign faced a stumble over the weekend amid the rollout of his "Douglass Plan," meant to strengthen the "empowerment of black America," after it was discovered that an image of a black woman shown on the website promoting the plan was actually a stock photo of a woman in Kenya who apparently had nothing to do with the campaign.

Fox News learned that the photo mix-up was far from an isolated case for the mayor. The plan's website has used other stock pictures of black people seemingly unaffiliated with the campaign.

The Buttigieg campaign told Fox News that the Kenya photo "was removed from the page on our website promoting the Douglass Plan months ago as part of a regular update. However, we know we owe an explanation for how it came to be used to begin with. Using stock photos is standard practice across many campaigns." The campaign also offered an apology for "its use and the confusion it created."

The campaign also unveiled a large list of black South Carolina Democrats who backed the Douglass Plan -- but some of those listed later reportedly said they're supporting other Democrats seeking the presidential nomination.

McCain suggested Monday that Buttigieg wouldn't be the topic of discussion if he were polling at zero percent with white voters, as he has been with black voters. She called it a "serious problem and blind spot" for his campaign.

"This is very sloppy and it's very disrespectful," McCain charged. "He may be doing well in Iowa, it doesn't really matter until you get to New Hampshire and South Carolina."

Liberal co-host Joy Behar tried to defend Buttigieg, repeatedly pointing to the errors of a "low-level staffer," but McCain pushed back, saying the staffer was still a "proxy" for the candidate.

"Do I think that Mayor Pete is going to be the Democratic nominee? Absolutely not," McCain continued, "because you can't become president without black support across the country. It's ridiculous."