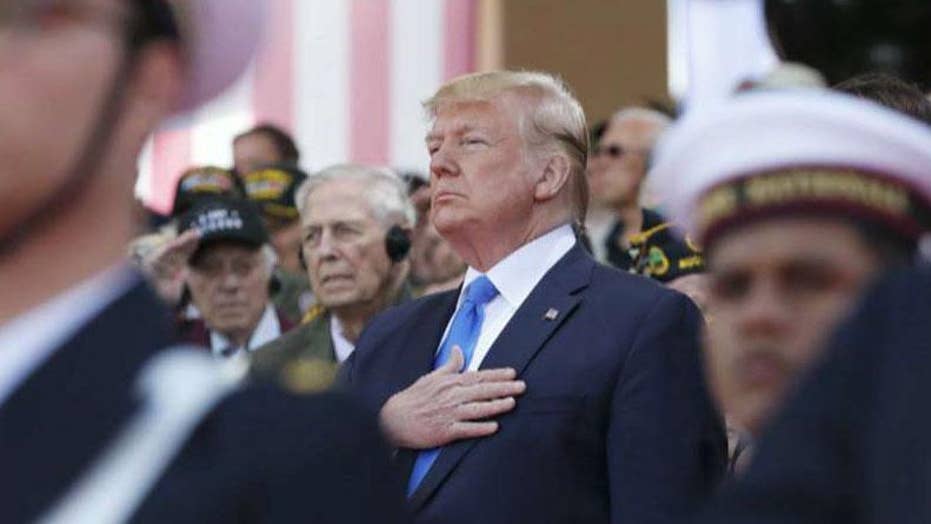 Challenges facing Democrats as they ramp up impeachment push

House Financial Services Committee Chairwoman Maxine Waters, D-Calif., said on Tuesday that President Trump should be placed in "solitary confinement," arguing that the president himself knows that he "deserves impeachment."

Waters' comments came as House Democrats pursued an official impeachment inquiry over a whistleblower report alleging that Trump overstepped his boundaries in a July phone conversation with Ukraine's president in which he raised the subject of Vice President Joe Biden and his son, Hunter Biden. Trump provoked media attention when he hinted on Thursday that the whistleblower should face punishment for his actions.

House Speaker Nancy Pelosi, D-Calif., announced the inquiry after months of resisting impeachment calls from her fellow Democrats. During a private meeting, she reportedly said she wanted to see Trump "in prison." She's also argued that premature impeachment could doom efforts at prosecuting the president once he leaves office.

Waters also accused the president of "dog whistling to his white supremacists" by tweeting a Texas pastor's quote warning that civil war would result if Trump was removed from office.

"Trump is so irresponsible & so hugnry [sic] for power & control, he would dare imply that a civil war will ensue if he's impeached," Waters tweeted on Tuesday.

BARR ASKED TRUMP TO SPEAK TO OTHER COUNTRIES IN DURHAM PROBE, OFFICIAL SAYS; SOURCE PUSHES BACK ON NYT REPORTING

"AG Barr is the highest law enforcement officer & the worst," Waters said. "He's supposed to be the people’s lawyer, but he’s just Trump’s puppet. He's been caught soliciting foreign countries' help in undermining his FBI & our Intel agencies. He should be Trump’s companion w/impeachment."

Waters has long called for Trump's impeachment and, as head of the Financial Services Committee, has helped lead the charge in Democrats' attempts to probe the administration.  Specifically, the committee was tasked with investigating Trump's banking records as part of a broader probe into potential money laundering and other improper transactions.

During a CNN interview on Wednesday, the California congresswoman suggested that more information could surface and hurt Trump in the Russia investigation.

"There’s lots more coming from all six of our committees," Waters said. "Whether it is the Intelligence Committee or the Foreign Affairs Committee or the Ways and Means Committee, this president has clearly defined himself in so many ways, disrespected the Constitution of the United States, embraced Putin."