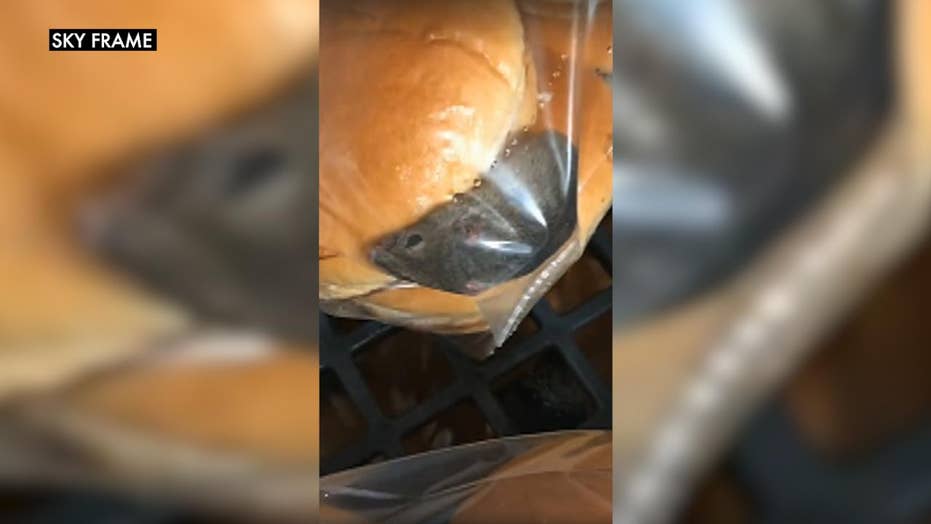 Employees at a Wendy’s in Oklahoma are desperate for management to address hygiene concerns, so they’re taking to the internet. Watch a video of mice found in a bag of hamburger buns.

A mouse fell into the lap of an NBC reporter while he was in the White House on Tuesday, causing a stir among him and his colleagues.

"A mouse literally fell out of the ceiling in our White House booth and landed on my lap," NBC reporter Peter Alexander announced on Twitter.

The tiny rodent appeared to run behind electrical cords and eventually caused a stir in the White House briefing room.

The images show reporters gathering around and searching for the mouse after it landed on Alexander.

Video also surfaced from the White House briefing room where people appeared to search for the mouse.

"The most excitement in the White House briefing room in months. Reporters attempt to capture a baby mouse that fell on @PeterAlexander⁩ lap moments ago," NBC reporter Shannon Pettypiece tweeted.

The mouse incident came after several months of the White House refusing to hold press briefings, citing the reporters' own behavior at the events.