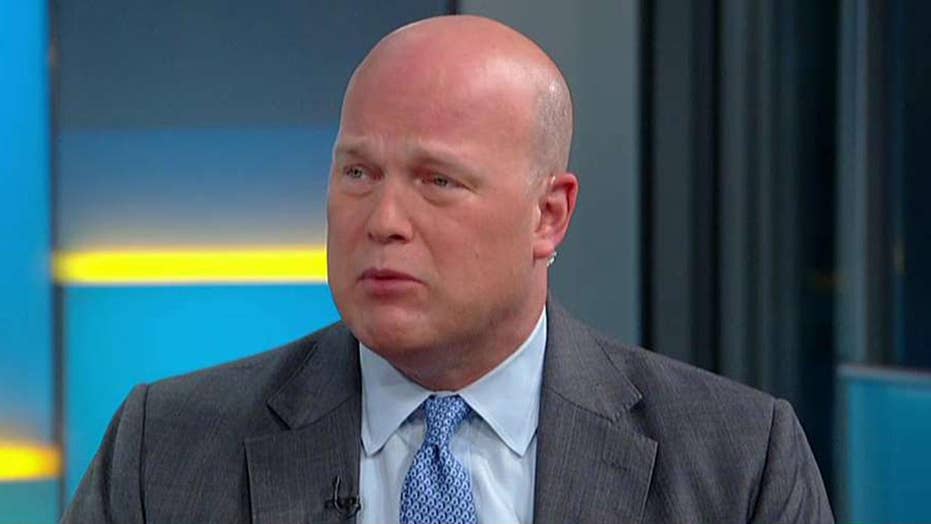 “It was completely unfair to President Trump to have this hanging over his head for two years,” Whitaker told "Fox & Friends."

“I think America is going to demand answers to these fundamental questions: ‘how did we get here?’ and ‘how do we make sure that this doesn’t happen again?’ We can’t have a cloud over an incoming president for two years,” he said.

Mueller failed to answer numerous questions about the origins of the probe, repeatedly claiming to House Republicans that it was outside his "purview" to speak about. Whitaker said figuring out the origins of an investigation is standard for a prosecutor taking over a case.

"I’m worried that the team never looked at the predication for the underlying investigation. ... If you took over an investigation, you would always look at what’s the predication. How do we have authority to even investigate this crime, the genesis,” Whitaker said, emphasizing that two separate DOJ investigations are looking into the probe's origins.

Mueller's performance at the hearings was widely panned, including by Trump critics and Democrats, as he repeatedly declined to push back on GOP lawmakers' criticism.

“The Democrats now, I think, are in this real challenging position as to what to do because they’ve invested so much of their anti-Trump opposition into Bob Mueller and his report. And we all saw yesterday that it’s not as big and as strong and as difficult as maybe we thought it was. But listen, Congress needs to spend more time on making sure that that 2020 election is clean and not interfered with by foreign adversaries,” Whitaker said.