Mueller corrects testimony, says his probe did not reach determination as to whether Trump committed a crime

Former special counsel Robert Mueller corrects the answer he gave to Rep. Ted Lieu that guidance from the Office of Legal Counsel prevented an indictment of President Trump.

Robert Mueller kicked off his testimony before the House Intelligence Committee Wednesday afternoon by issuing a clarification of something he said during a morning hearing about his decision-making process when it came to the question of whether President Trump committed obstruction of justice.

“The reason that you did not indict the president is because of the OLC opinion that you cannot indict a sitting president, correct?” Lieu asked, referring to the Office of Legal Counsel’s long-held position against charging a president while they are in office. 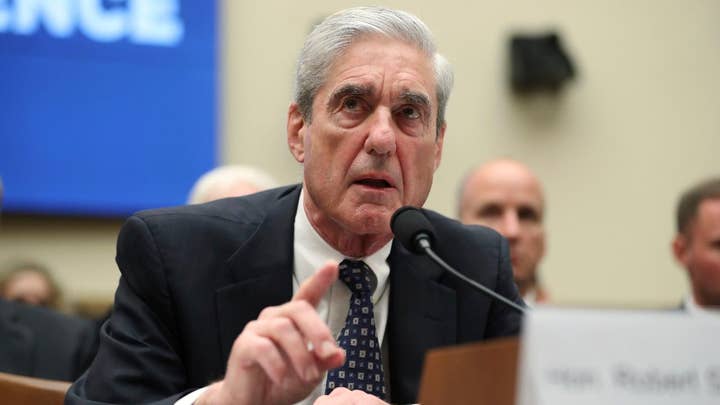 That gave the impression that if it were not for the OLC opinion, Mueller would have indicted the president. In the afternoon, Mueller was quick to say that is not what he was trying to say at all.

“I want to add one correction to my testimony this morning," Mueller said. "I want to go back to one thing that was said this morning by Mr. Lieu, who said and I quote, ‘You didn’t charge the President because of the OLC opinion. That is not the correct way to say it. As we say in the report and as I said at the opening, we did not reach a determination as to whether the President committed a crime.”

Mueller made it clear that he did not intend to support Lieu’s implication that Mueller would have indicted Trump if not for the OLC opinion. That would have meant that Mueller determined that Trump committed a crime, but could not do anything about it. What Mueller meant was that the OLC opinion kept him from even deciding if an indictment would be warranted in the first place.