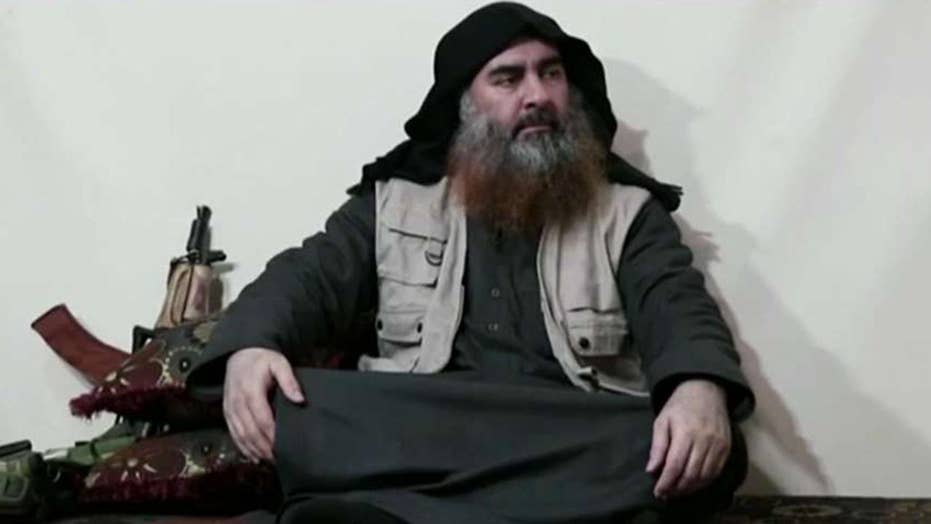 Walid Phares on the message to followers of radical Islamic terrorism.

President Trump "changed the rules of engagement" the government uses to fight the Islamic State terror network, and in doing so, brought down its leader, Abu Bakr al-Baghdadi, Sen. Lindsey Graham, R-S.C., said at the White House on Sunday, following al-Baghdadi's death at the hands of U.S. special forces.

Al-Baghdadi, who took over as the head of ISIS after his predecessor Abu Omar al-Baghdadi was killed in 2010, was said to have detonated a suicide vest as U.S. special forces closed in. Troops were sent to attack a compound in northern Syria where they found al-Baghdadi, according to a U.S. defense official. No U.S. Special Operations forces were harmed or killed during the mission, and Trump said the operation had been in the works for several weeks.

"When it comes to terrorism, the president changed the rules of engagement. You think the caliphate destroyed itself?" Graham said from the White House podium.

He also said Trump has fought terrorism with a "determination" and focus unlike anyone he's ever encountered.

"[Trump] made a conscious decision when he went to Iraq to change the game when it came to destroying ISIS," he continued. "He’s had a determination to destroy the caliphate, unlike anybody I've ever met. Now, the question is how to keep it down. I think we've got a plan now to keep it down."

During a Sunday news conference, Trump said al-Baghdadi died "like a coward" as he whimpered and cried before committing suicide. He also said al-Baghdadi had been "the top national security priority of my administration."

"The world is now a much safer place," Trump added. "God bless America."

The president said he would call the families of James Foley and Kayla Mueller, both of whom were killed after ISIS held them captive. Mueller was kidnapped in 2013 while serving as an aid worker and reportedly was forced to have sex with al-Baghdadi before she was crushed by debris in an airstrike.

"I am grateful to our President and brave troops for finding ISIS leader Al-Bagdadi. I hope this will hinder the resurgence of terror groups and pray that captured ISIS fighters will be brought to trial and held accountable," Foley's mother, Diane, said Sunday.

Foley was beheaded by ISIS terrorists in 2014.