Former Naval Intelligence Officer Don Bramer on what he anticipates to hear from President Trump on Abu Bakr al-Baghdadi's death.

Diane Foley, whose son James was beheaded at the behest of ISIS leader Abu Bakr al-Baghdadi, released a statement Sunday saying she is "grateful" to President Trump and the  "brave troops" who carried out the raid against him.

Al-Baghdadi, who took over as the head of ISIS after his predecessor Abu Omar al-Baghdadi was killed in 2010, detonated a suicide vest as U.S. special forces closed in. Troops were sent to attack a compound in northern Syria where al-Baghdadi was located, according to a U.S. defense official. No U.S. Special Operations forces were harmed or killed during the mission, and Trump claimed the operation had been in the works for several weeks.

Foley shared her statement on the "James Foley Foundation" Twitter account and said she hopes the operation will help cripple ISIS and other terror groups around the world.

"I am grateful to our President and brave troops for finding ISIS leader Al-Bagdadi. I hope this will hinder the resurgence of terror groups and pray that captured ISIS fighters will be brought to trial and held accountable," she tweeted. 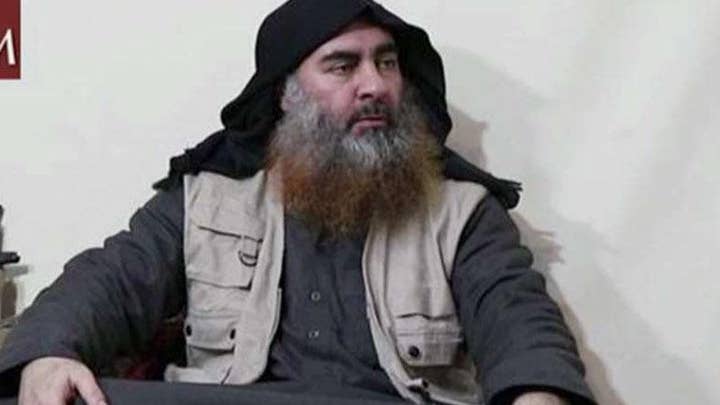 Foley also said she remains worried for the dozen or so remaining American hostages in Syria and singled out Austin Tice and Majd Kamalmaz, before pressuring Trump to make their rescue a top priority.

"I remain concerned about the dozen Americans held hostage in Syria, including Austin Tice and Majd Kamalmaz. And I ask President Trump to make them, and all American hostages, a priority."

During a Sunday news conference, Trump claimed al-Baghdadi died "like a coward" as he whimpered and cried, before committing suicide. He also said al-Baghdadi had been “the top national security priority of my administration.”

“The world is now a much safer place,” Trump added. “God bless America.” 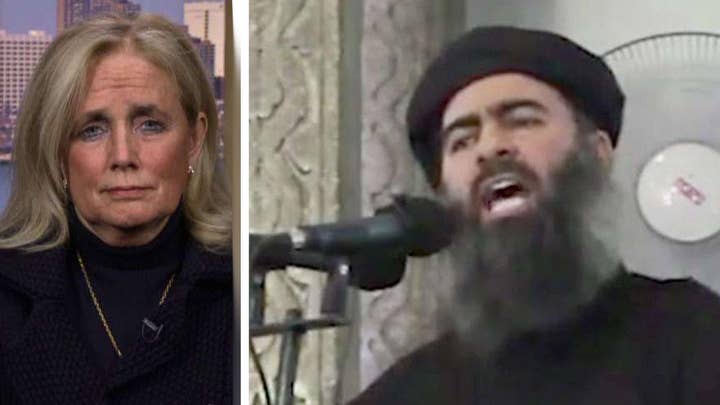 The president said he would call the families of James Foley and Kayla Mueller, both of whom were killed after being held captive by ISIS. Mueller was kidnapped in 2013 while serving as an aid worker and was reportedly forced to have sex with al-Baghdadi before she was crushed by debris in an airstrike.

The families of Mueller and the other two Americans killed under al-Baghdadi, Steven Sotloff, and Peter Kassig, have yet to release any public statements. Sotloff a journalist, and Kassig, an aid worker, were both beheaded after being kidnapped by ISIS forces.