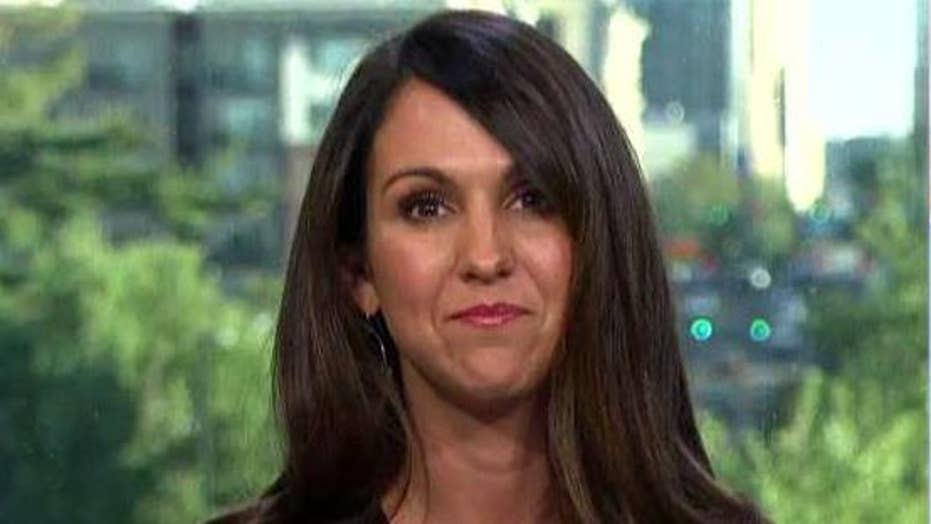 Lauren Boebert says there is no legislation you can pass to stop the evil in a man's heart.

During an event in Aurora, Colorado on Thursday, Lauren Boebert rebuked O'Rourke's commitment to taking citizens' AR-15's. "I am here to say: Hell, no, you’re not," she said, playing off of O'Rourke's "hell yes" statement during the third Democratic primary debate.

She expanded on her comments while speaking to "Fox & Friends" on Saturday, telling Fox News host Griff Jenkins that O'Rourke was wrong to try and use the memory of her state's tragedies to benefit his campaign.

"Shame on him for coming to Colorado to expound upon our tragedies -- those are our victims and he came here to paint a picture for his own campaign trail and really, shame on you, sir, for doing that," she said.

WOMAN CONFRONTS BETO ON GUN CONFISCATION AT TOWN HALL: 'I'M HERE TO SAY, HELL NO YOU'RE NOT'

"We were here. We experienced those losses. That was a community loss and honestly, those victims were defenseless."

Boebert was apparently referring to a 2012 shooting that left 12 people dead and more than 50 wounded.

Boebert also attacked gun restrictions, arguing that no legislation could stop the "evil in a man's heart."

According to the Denver Post, Boebert, 32, drove three hours from the town of Rifle to Thursday's event and is the owner of a restaurant where the staff carries firearms. As she spoke, a handgun was holstered at her side.

"I have four children, I am 5-foot-0, 100 pounds, cannot really defend myself with a fist. ... I want to know how you're going to legislate that because a criminal by [definition] breaks the law, so all you're going to do is restrict law-abiding citizens, like myself," she told O'Rourke.

Boebert also had a message for President Trump during her appearance on "Fox & Friends." "Our current administration absolutley needs to take a stand now, today and say we will honor the Second Amendment of the Constitution of the United States," she said.

"We support our president. I love my president and I implore him: Please protect our Second Amendment. We elected you to do just that," she said.