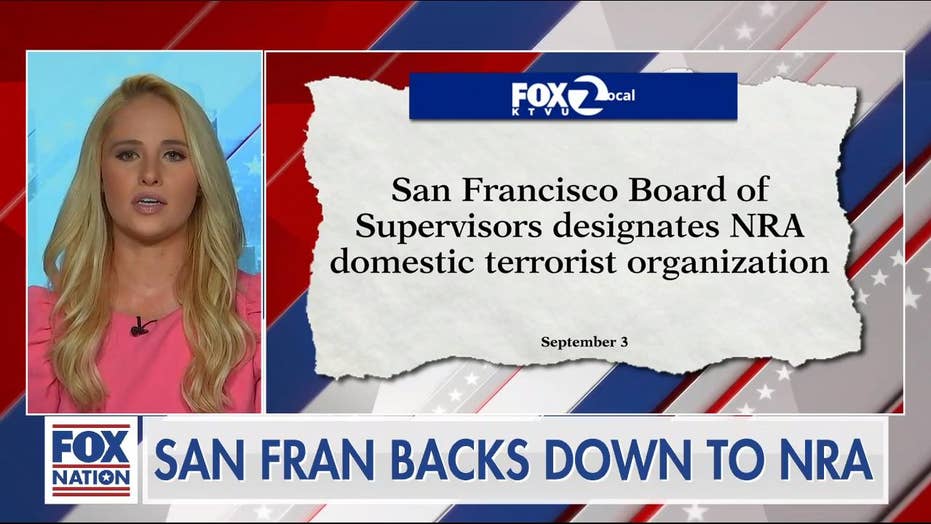 Tomi Lahren: Dems are coming for your guns, and it wont end there

Fox Nation host Tomi Lahren had strong words for California officials after the National Rifle Association declared a victory in a legal battle against the San Francisco Board of Supervisors, which recently declared the group a “national terrorist organization" and called for vendors to limit business dealings with the group.

"So that makes the score: Freedom 1, Second Amendment 1, law-abiding American gun owners 1, and the socialist-wannabe, homeless encampment by the bay —  a big fat zero," said Lahren on her Fox Nation show  "Final Thoughts." 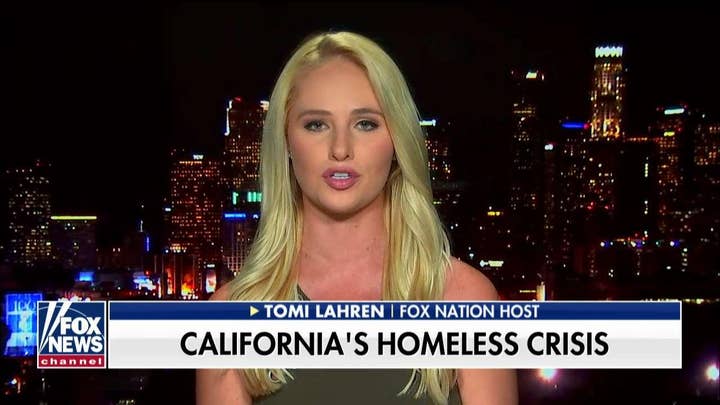 Last month, the San Francisco’s Board of Supervisors approved a three-page resolution declaring the NRA as an official “terrorist organization." The resolution also called for vendors to reevaluate their relationships with the NRA and “limit those entities … from doing business with this domestic terrorist organization," according to documents published at the time by SFGate.com.

The resolution was authored by Supervisor Catherine Stefani after a late July shooting spree at the Gilroy Garlic Festival, held in the Bay area, that left four people dead and more than a dozen injured.

"So essentially," she said, "the resolution was just a bunch of virtue-signaling nonsense that did nothing but make city liberals feel good about themselves whilst demonizing the NRA and the millions of members who support it."

"Hey guys," Lahren continued, "next time spend your time cleaning up the needles and feces in your streets," she said.

In response to the resolution, the NRA filed a lawsuit on Sept. 9 accusing the city and county of San Francisco, along with 11 members of the board of supervisors, of violating its constitutional rights to free speech and free association — as well as seeking to impose censorship. Unchecked, San Francisco's measure would have a "chilling effect" on the organization and its members, the NRA said.

The NRA requested that the court "step in to instruct elected officials that freedom of speech means you cannot silence or punish those with whom you disagree," according to their lawsuit.

Responding to the impending suit, San Francisco mayor announced that no city "department will take steps to restrict any contractor from doing business with the NRA or to restrict city contracting opportunities for any business that has any relationship with the NRA,” Mayor London Breed and Dennis J. Herrera, the city attorney, penned in a formal memo late last month, according to an NRA press release from Monday.

NRA CEO Wayne LaPierre responded to the surrender by city officials, and committed to, "fight to protect our members and the constitutional freedoms in which they believe.”

"In a time when the Second Amendment is inarguably under assault by a vast majority of a certain political party, it’s comforting to know gun owners and gun rights groups will boldly stand up and fight for our constitutional rights," she said.

Lahren cautioned those on the right from becoming "too comfortable with compromising on their freedoms" and warned of the possible result of the Democrats winning the 2020 presidential election. 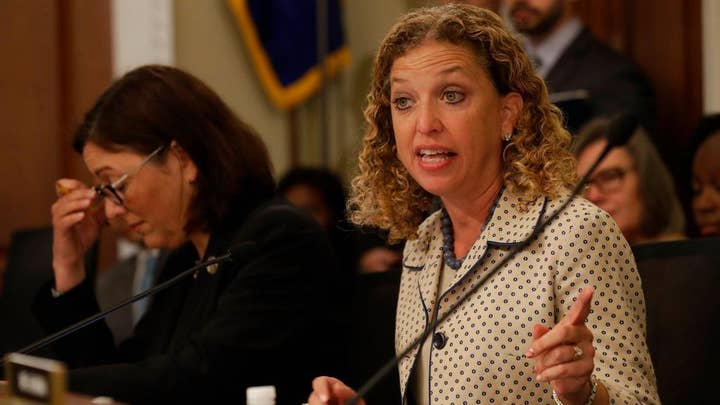 "On the right, we’ve become far too comfortable with giving away our rights or at the very least, allowing them to be chipped away," said Lahren.

"Don’t forget," she continued, "this is a process and the Democrats are patient. Heck, even four years ago the Democrats weren’t proudly announcing gun confiscation plans and now look what we’ve got, dang near every candidate pushing for some kind of ban or confiscation."

"You don’t have to be a member of the NRA or even a gun owner to fight for your freedoms. They come for the Second, it’s only a matter of time before they come for the First. Oh wait…they’re already doing that too," she said.

"This next election is about more than Trump," Lahren concluded, "it’s about the future of our freedoms."