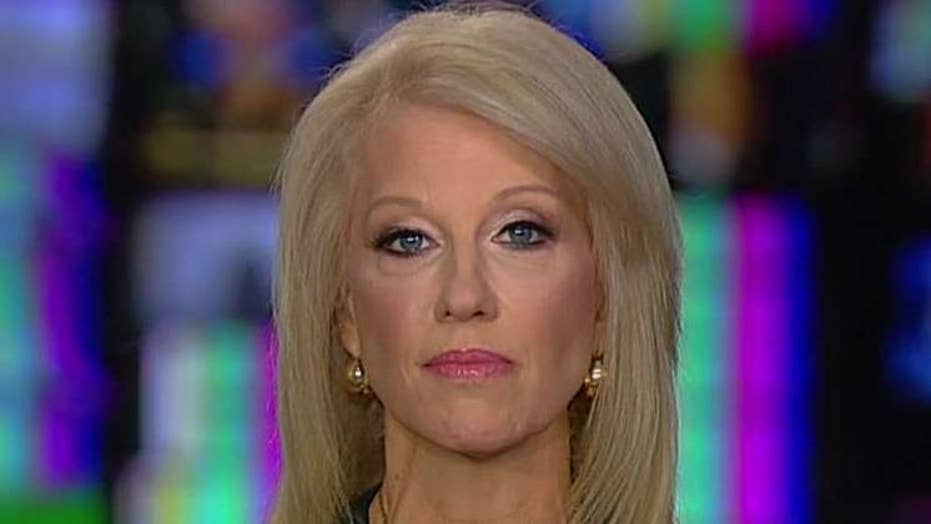 White House adviser Kellyanne Conway ripped into a  reporter on Thursday, criticizing the way she did her job and how she acted as a young woman.

The conversation came from an article that The Washington Examiner's Caitlin Yilek wrote on Conway and her husband, George, who has become an outspoken critic of Donald Trump on Twitter and routinely questions his fitness for the high office of the presidency.

"You’re really going places," Conway told Yilek. "Let me tell you something, from a powerful woman -- don’t pull the crap where you’re trying to undercut another woman based on who she’s married to. He gets his power through me, if you haven’t noticed."

When reached for comment, Conway told Fox News she will be "responding soon" to the story. She later tweeted: "The false tweet below makes my point about how dangerous it is to characterize someone else’s intentions, feelings, or state of mind, even if it’s for clicks and kicks." 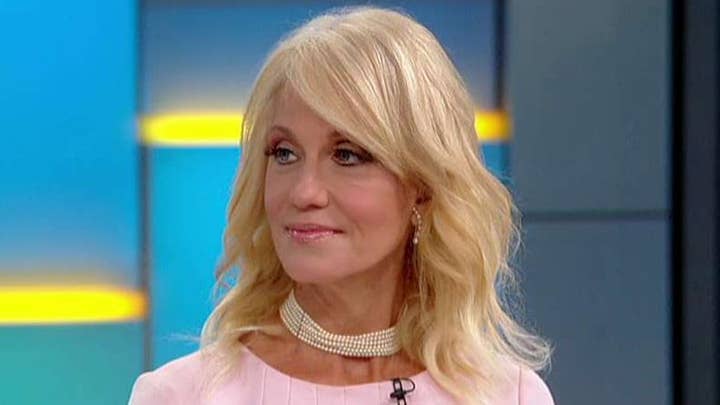 Conway has rarely commented on her relationship while serving in the White House, as her husband continues his pointed criticisms. The two appeared to have mostly avoided criticizing one another, although Conway did tell Fox News in July that she "totally disagreed" with an op-ed her husband had written.

A somewhat awkward moment occurred in October when George Conway called for "someone" on President Trump's team to stop him. "Someone on this runaway train needs to pull the emergency brake. Who’s it going to be?" he asked, criticizing Trump's mental state.

The White House adviser also appeared to tell Yilek the White House would "cover" her personal life as Yilek did with the Conways.

During the call, Yilek repeatedly offered for Kellyanne Conway to speak to her editor, but she refused. Instead, she peppered Yilek with questions about why the reporter said she was caught in the middle of a conflict between her husband and her boss.

"When I was young and starting in my career, I was in the friend-making business. And I’ve worked super hard. You could have put that in paragraph two also. But I’m not caught in the middle of anything except trying to understand somebody whose title is breaking news reporter, what that means," the White House adviser said.

After Yilek again offered her editor, Kellyanne Conway continued questioning her. "I’d be [inaudible] to tell him you have no answer when asked why you were characterizing somebody’s feelings, having never talked to that person. If you have some psychology degree [inaudible]."

"I don’t know that that is characterizing your feelings to say you are put in the middle if your husband and your boss are attacking each other," Yilek said.

During the conversation, Conway argued that the president hadn't addressed her husband for months. Trump famously called George Conway the "husband from Hell" in March and claimed he was jealous of his wife's success.

Part of the call included Conway asking about the way Yilek performed her job. "OK, then let’s talk about your job. What is your job exactly? Is your job to rely upon derivative reporting without picking up the phone and trying to ask questions or write things that are relevant?" she asked.