Counselor to the president Kellyanne Conway said on "America's Newsroom" Tuesday that Democrats' claims of racism, sexism and xenophobia against President Trump have become "tired," adamantly disagreeing with her husband's labeling of Trump as a "racist."

"It's always racism, sexism and xenophobia and it's getting tired," said Conway, adding the so-called "Squad" has "done squat in Congress."

Trump forcefully doubled down on his explosive call this weekend for the progressive congresswomen to "go back" to where they came from and "come back and show us how it's done," rather than criticize his administration. He also demanded they "apologize" for what he called their apparent anti-American "hate." 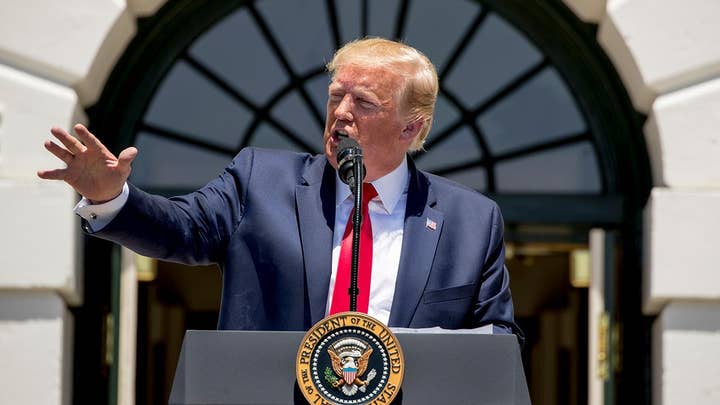 She said the White House is tired of the "disrespect" shown to America by some on the left, including those who don't respect the military or the flag. Conway claimed the media refuses to call out the progressive members for their extreme views.

"Where is the press? Stop falling down on the job. Stop being so afraid of and so adoring of four people who got here a few months ago," said Conway.

Her husband, attorney and outspoken Trump critic George Conway, penned an op-ed in the Washington Post in which he wrote that Trump's comments about were "racist to the core."

"No matter how much I found him ultimately unfit, I still gave him the benefit of the doubt about being a racist. But Sunday left no doubt. Naivete, resentment and outright racism, roiled in a toxic mix, have given us a racist president," he wrote.

Kellyanne Conway responded that based on her personal experiences with the president, she "totally disagrees" with her husband's sentiments.

"I work with this president. I know his heart, I know his actions, I know how much he has helped people of color and I go by what people do, not by what other people say about them," she argued, downplaying the difference of opinion with her spouse. 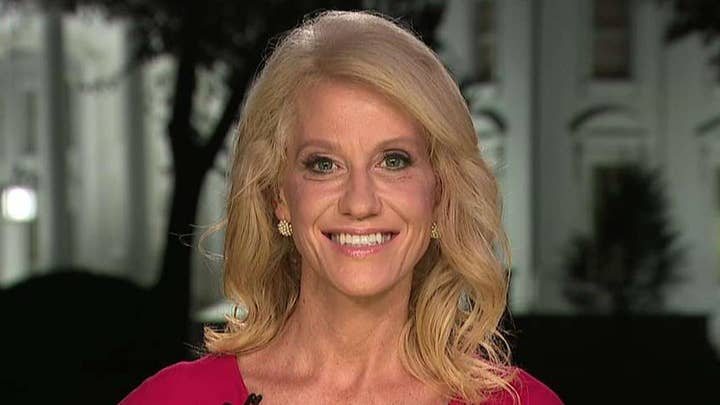 Conway was also asked about her decision to defy a subpoena to appear before the House Oversight Committee on Monday to face questions over alleged violations of the Hatch Act.

A report from a special counsel found in June that Conway violated the Hatch Act by “disparaging Democratic presidential candidates while speaking in her official capacity during television interviews and on social media," and recommended she be fired.

Conway said Democrats are "trying to harass and embarrass people closest to the president," claiming there is a "longstanding bipartisan precedent" that immunity can be claimed by a president's senior advisers.

"This is about me going on TV and stating facts," she said.