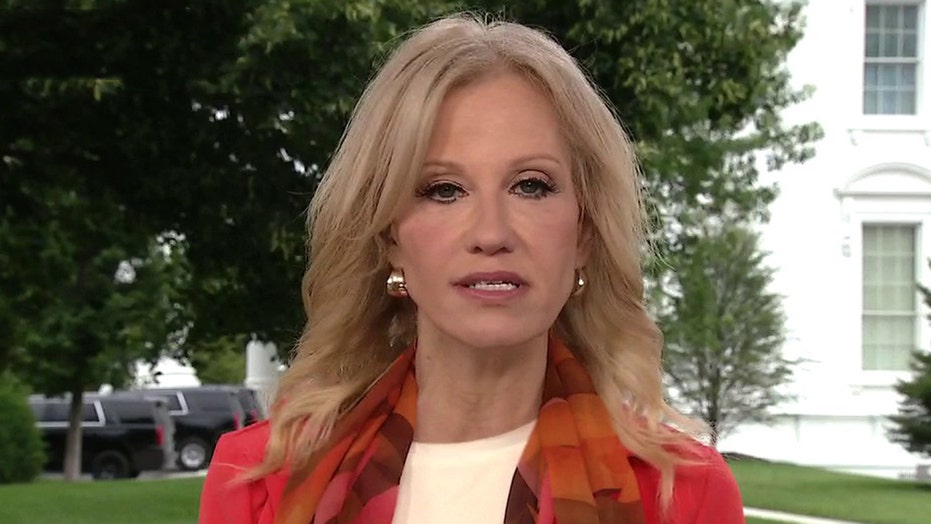 Kellyanne Conway on police reform: We need this moment for our nation

White House counselor Kellyanne Conway admonished what she described as "COVID-shaming" of people who seek to leave their homes during the coronavirus pandemic.

"We've made incredible progress ... we don't want people to be so afraid that they don't leave their homes, so afraid they don’t reopen their small businesses, so afraid of the hypocrisy that exists – that it’s OK if you are protesting about something and you're shoulder-to-shoulder with no mask, and it’s not OK if you happen to go to a Trump rally or you happen to be dining at a small business in your community. So, we shouldn’t be COVID-shaming people, as the president has said, but we’ve been vigilant on this," she told "America's Newsroom."

Her comments came amid accusations that the media and Democrats hypocritically attacked Americans for violating social distancing guidelines while not speaking out as strongly against anti-racism protesters in the wake of George Floyd's death.

While the administration has pushed for states to reopen their economies, reports have surfaced showing spikes in coronavirus cases as that transition occurs.

PENCE DISMISSES 'GRIM PREDICTIONS OF. A SECOND WAVE' OF CORONAVIRUS

"The media has tried to scare the American people every step of the way, and these grim predictions of a second wave are no different. The truth is, whatever the media says, our whole-of-America approach has been a success," he said in a piece published Tuesday.

Conway also pushed back on the idea that the U.S. is facing a "second wave" of the virus.

"That’s why the CDC guidelines are important about social distancing and masks and hand sanitizer, and the rest. At the same time, we need to reopen our country and what the vice president is making clear, and Dr. Fauci said yesterday, we're still in a first wave. Until we get vaccines and therapeutics, we'll never be completely rid of it," she added.