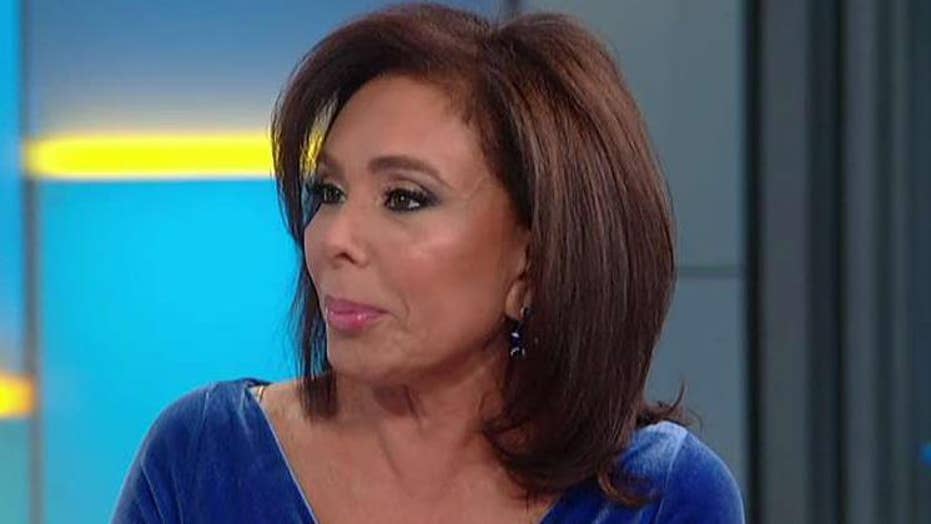 Fox News host Judge Jeanine Pirro says the way the Democrats are conducting their impeachment in inquiry is 'not American.'

As Day 2 of impeachment inquiry hearings got underway, the host of "Justice with Judge Jeanine," Judge Jeanine Pirro, on Friday took the position that House Democrats have no real basis for their probe.

On Friday at 9 a.m. ET, former U.S. Ambassador to Ukraine Marie Yovanovitch -- she was recalled this past May -- began open testimony on Capitol Hill.

Republicans hit Yovanovitch with an aggressive cross-examination related to her previous statements under oath, as well as her reported role in shielding a George Soros-linked nonprofit allegedly connected to Ukrainian election interference efforts.

Appearing before the hearing on "Fox & Friends" with hosts Steve Doocy, Ainsley Earhardt and Pete Hegseth, Pirro said that the "bottom line" is that Yovanovitch "should be a big girl because the president can let go of anyone that he wants to." 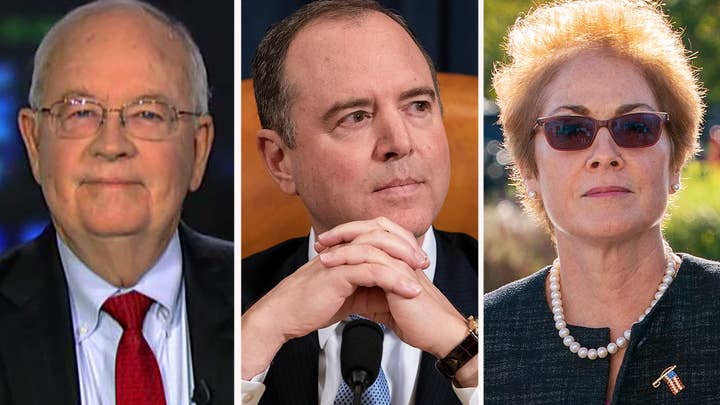 "Presidents historically replace all the ambassadors. I mean, whether it's Obama or Clinton or Bush, this is what they do. And some of the ambassadors they replace two or three times during the course of the administration," she added.

"So she obviously was not very good, I must be honest with you, on foreign policy," Pirro said. "I don't know what her bona fides are that she thinks she's entitled to a job. No one is. Just serve at the pleasure of the president. Period."

Pirro said that the Democrats' case for the probe is based on no substantial criminal evidence, and that "when you're dealing with foreign relations, you have the right to expect something in return to condition the money."

"They're not entitled to our money," she told the "Friends" hosts, but "there's nothing wrong with a retroactive request."

"You know why they're off quid pro quo? It doesn't poll well," Pirro said. "Plus, it's Joe Biden that did the quid pro quo. Let's call it what it is."

"Look, if you're a trial attorney, you look at these hearings and you say to yourself, 'Are they kidding?' Are these people really thinking that the American people are that stupid?" she exclaimed. "It's not even hearsay. It's double and triple hearsay by people who have a hostile attitude toward the president. They're not going to admit it."