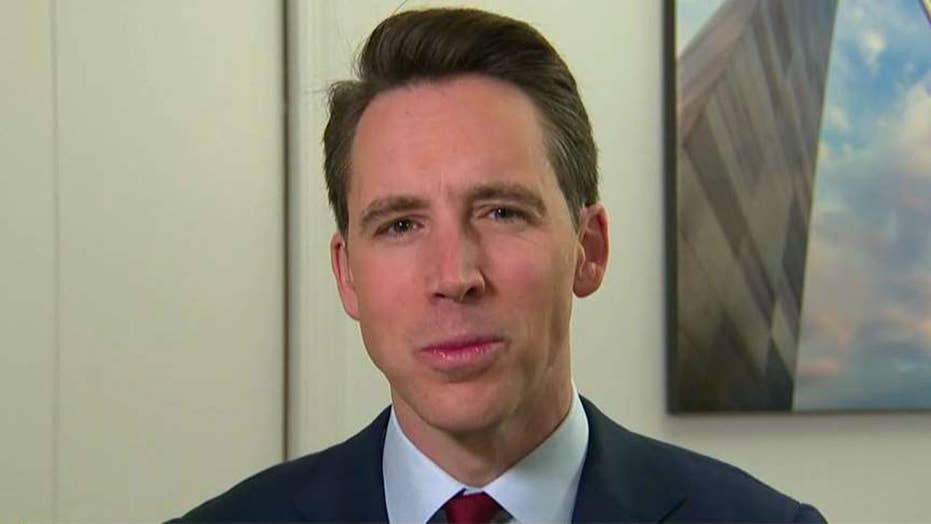 Republican Sen. Josh Hawley tells 'Fox &amp; Friends' that it's time for the Senate to take action to throw out the case if Democrats don't prosecute it.

Sen. Josh Hawley, R-Mo., said on “Fox & Friends” that he plans to introduce a measure to dismiss impeachment on Monday if House Speaker Nancy Pelosi continues to withhold articles of impeachment against President Trump from the Senate.

“Nancy Pelosi is attempting to obstruct a Senate trial. That's all there is to it,” Hawley, who serves on the Senate Judiciary Committee, told host Steve Doocy on Monday, adding that the Senate rules need to be changed.

“So here's what I think needs to happen. We need to change the Senate rules to allow the Senate to dismiss this case if she refuses to send the articles over,” he continued.

“And, in this instance, the Senate is the court and it's time for us to take action to say, ‘If you are not going to prosecute your case, we’re throwing it out.’”

He said the “one reason” the trial isn’t taking place “as we speak” is because “Nancy Pelosi is disrespecting the Constitution.”

“We just can’t allow this to happen,” Hawley told Doocy. “I mean a purely, 100 percent partisan impeachment has led to this circus, this charade and now she wants it to extend forever, apparently.”

He went on to say, “Here’s what scares me, Steve. We could be sitting here in October of this year and Nancy Pelosi could still be sitting on the articles, or when the president gets reelected, as I believe he will, we could see her still holding on to the articles to try and obstruct a second term. I mean, if the Senate doesn't act, then there’s no end in sight.”