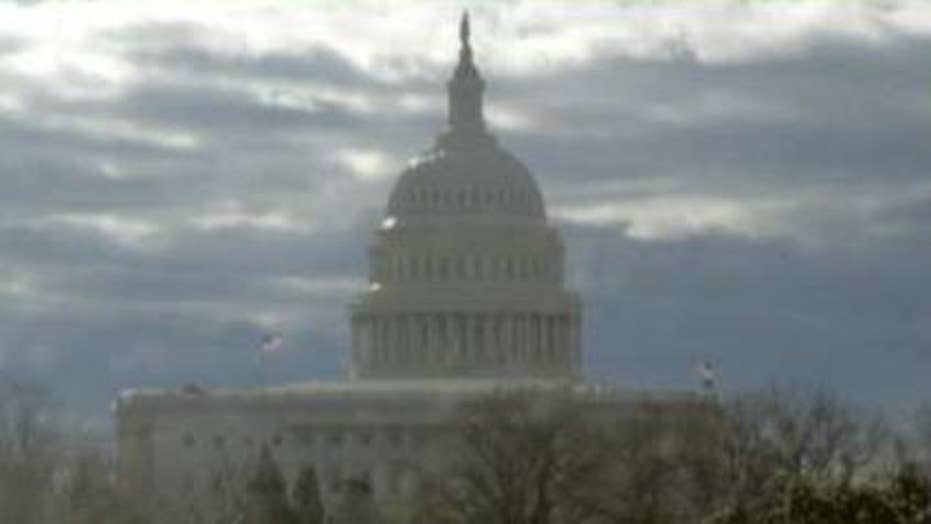 IG Horowitz testified about FISA report before Senate Judiciary Committee, has not appeared before House

House Judiciary Committee Ranking Member Doug Collins weighed in Sunday on House Speaker Nancy Pelosi continuing to withhold articles of impeachment against President Trump from the Senate, saying he thought “she had a bad Christmas carol, if you want to use the analogy of the last couple weeks.”

The Georgia Republican told “Sunday Morning Futures” that Pelosi “had a ghost of Christmas past, where she trashed all the rules to try and impeach this president and rush it before the end of the year.”

Collins continued, “She has a president sitting here now with a bad case, bad articles of impeachment that have no basis in reality to impeach the president and she’s looking at a future in which she has no legislative agenda.”

He went on, “There’s nothing in the House for her to do because [Democrats] have wasted so much time and taxpayer dollars on impeaching this president that we’re sitting here literally waiting on her to send articles over to try and influence the Senate decision in which she has no control over.”

“That’s how sad we’ve become and how sad this speaker’s legacy is so far.”

“Let the American people understand something,” Collins told host Maria Bartiromo on Sunday. “The speaker got up there and gave this grand show of being solemn and it’s our duty and it’s our conscious vote, but yet the minute after she forced them into this impeachment vote on the weakest case in history, she went out and then basically turned it into a political document.”

He continued, “She took a sham vote for them to actually say impeachment was needed and then went out and said, ‘Well no, I’m going to hold this.’”

Pelosi said last month she hoped the Senate would find a bipartisan agreement on how to conduct the trial. “We would hope that they can come to some conclusion like that, but in any event, we’re ready when we see what they have.”

Collins continued Sunday, “She pulled the curtain back, showed everybody that this is simply a political statement against this president to affect the 2020 election because they have nobody that can beat the president. The economy, everything is working.”