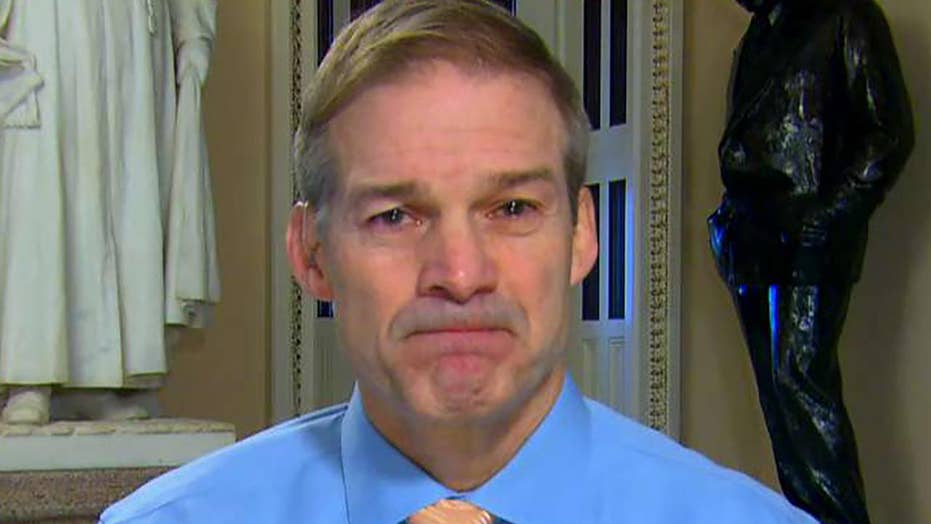 Rep. Jim Jordan, R-Ohio, said Tuesday that House Democrats' impeachment inquiry into President Trump is "too far down the tracks" and will likely proceed toward articles of impeachment.

Appearing on "America's Newsroom" with hosts Bill Hemmer and Sandra Smith, Jordan said that "we are 90 percent of the way down the road" of an impeachment process "built on" the left's inability to accept the results of the 2016 election.

"We'll see how it goes tomorrow, but look, this whole thing is built on what Nancy Pelosi said two weeks ago Sunday when she called the president of the United States an impostor," said Jordan.

On Wednesday, the House Judiciary Committee, under the direction of Chairman Jerrold Nadler, D-N.Y., is expected to begin the second round of public hearings in the probe, which the president has described as a "hoax." 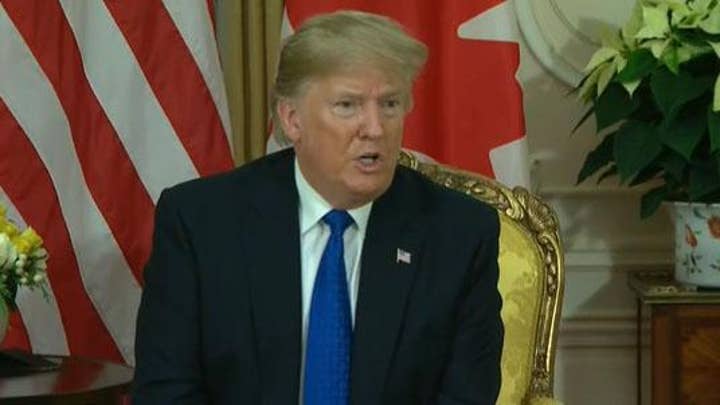 "They have never accepted the fact that 63 million Americans voted for Donald Trump on November 8, 2016 and made him president," he added.

"But, that underscores what they're trying to do. They have never accepted the will of the American people and they've gone to this crazy impeachment strategy that we've seen unfold now for several months," he explained.

"The Democrats have been on this for months, and they're just now bringing in constitutional scholars to talk about the constitutionality of their impeachment proceedings," he said. "That seems a little [backward] to me. But, again, with these folks, you never know what to expect as they've done this now for months and months."

"But I think they've got the train so far down the tracks I don't think they can stop it. I think they're going to move forward with this," he concluded.