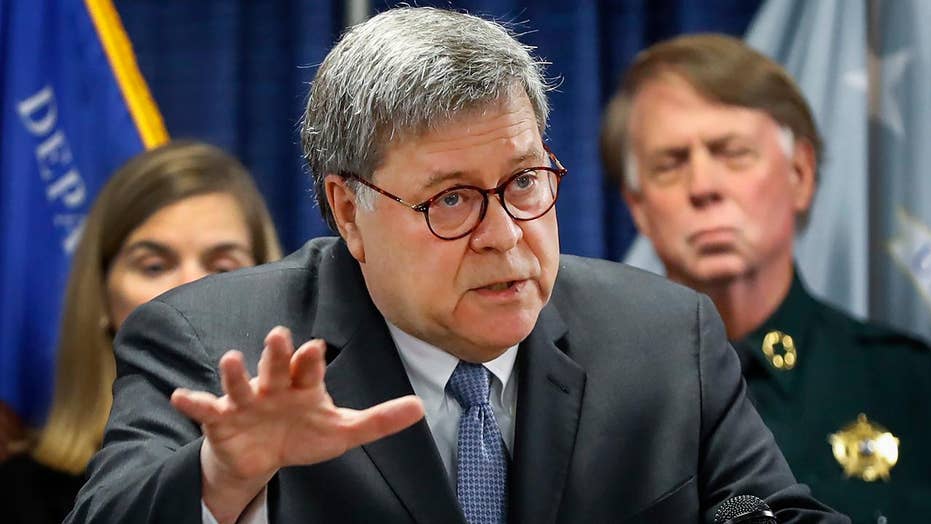 Former acting attorney general Matt Whitaker on the anticipation over the release of the inspector general's report.

"U.S. Senators were briefed... that actually this entire effort to frame Ukraine for the Russian meddling of 2016, of which you just made this case that they’ve done it -- that actually this is an effort of Russia propaganda," Todd said.

Kennedy claimed he was never briefed on the subject, but said Ukrainians were caught meddling in American elections back in December 2018. Todd accused Kennedy of falling for the bait and said he's playing into Russia's hands.

"You realize, the only other person selling this argument outside the United States is this man, Vladimir Putin," Todd shot back.

"This is what he said on November 20: 'Thank God nobody is accusing us any more of interfering in U.S. elections. Now they're accusing Ukraine' ...You just accused a former president of Ukraine. You’ve done exactly what the Russian operation is trying to get American politicians to do. Are you at all concerned that you've been duped?" he pressed.

Kennedy claimed Todd failed to do his research and said it's perfectly reasonable to allow President Trump to introduce evidence during the impeachment process, which may point to potential Ukranian corruption.

"Well, let me put it this way, Chuck, let’s suppose -- and I don’t believe it -- but you’re right and I’m wrong. Then what harm would it do to allow the president of the United States, who has a demonstrated record fighting foreign corruption, to introduce evidence?" he asked.

"Rounds one and two by Speaker [Nancy] Pelosi and Chairman [Adam] Schiff are as rigged as a carnival ring toss and we both know that," Kennedy added.