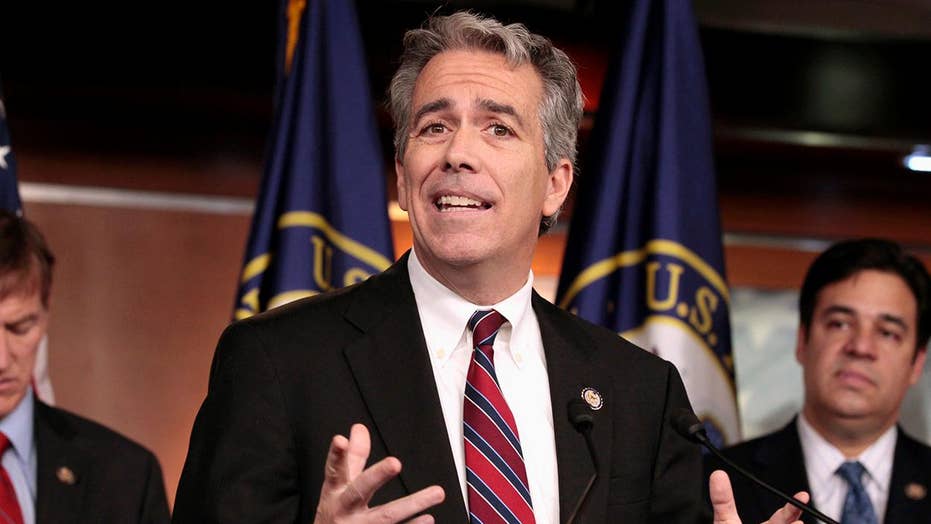 Former Rep. Joe Walsh, R-Ill., had a unique way of describing his role in the 2020 presidential race.

"There's nothing special about me," Walsh, who just announced his bid to challenge President Trump, said on Thursday's "FOX News Rundown."

He was speaking with Fox News host Dave Anthony about another Trump challenger from the right, former Massachusetts Gov. Bill Weld.

"I've always been a fan of Bill Weld. But here's the deal: Unless you're standing on a soapbox every damn day calling this president out -- I mean, vociferously every damn day -- there's no reason to do this," he said.

"I have not seen Bill Weld do that. Anybody else contemplating getting in has not shown me that they're willing to do that. You got to stand on the soapbox and get punched every day and call him out every day."

Where Weld came up short, Walsh said he was able to shine -- although not because he was necessarily the right choice for taking the president's spot in the Oval Office.

"There's nothing special about me, Dave, but I know that that's what I'm going to do. We'll be in Iowa and New Hampshire -- both states within the next week to 10 days," he said.

"We are going to actively campaign out there. You're going to see my handsome or not handsome mug everywhere. We're going to be on TV everywhere. And I gotta be honest Dave, I'm going to get in Trump's face every single day," he added, before calling his campaign "aggressive."

Walsh, who announced a bid earlier in 2019, has been dismissed by Trump and his campaign. "Whatever," the president's campaign reportedly said in reaction to his run.

After voting for the president, Walsh stopped supporting Trump after his controversial appearance alongside Russian President Vladimir Putin in Helsinki, Finland.

"He stood in front of the world and said, 'I agree with Putin and not my own people.' To me that was an incredible act of disloyalty," he said.

Trump, during that meeting, said he has great confidence in the intelligence community, but Putin gave a "strong and powerful" denial of any election tampering. He said he didn't "see any reason why" Russia would be behind such meddling.

Listen to the full interview on the latest episode of "FOX News Rundown" here, and subscribe to the podcast on iTunes.