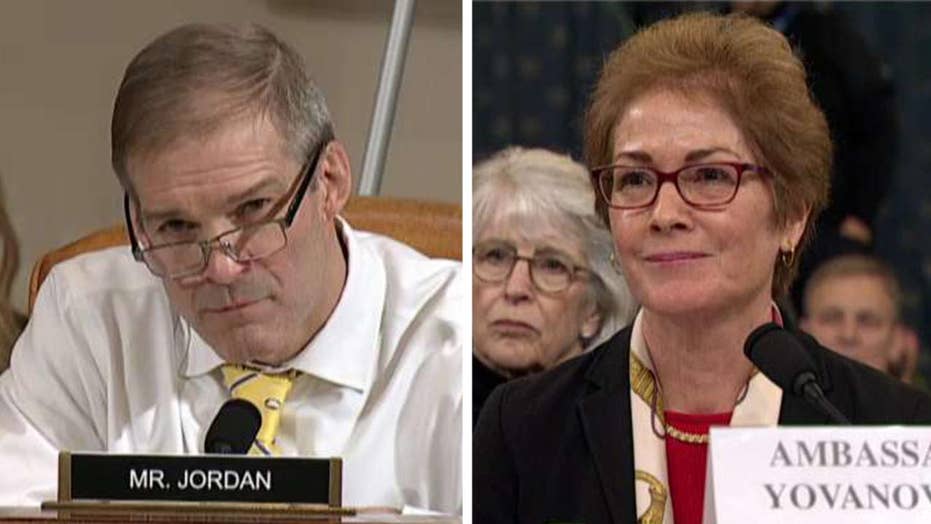 Jim Jordan jabs Adam Schiff: 'Our indulgence wore out with you a long time ago'

“Mr. Jordan, I’ve indulged you with extra time, but my indulgence is wearing out,” Schiff said.

Jordan responded, “Our indulgence wore out with you a long time ago, Mr. Chairman, I can tell you that.” Jordan’s response drew laughter. Schiff replied, “I’m about to gavel you down so if you have a question, I suggest you ask it.”

Jordan proceeded to ask Yovanovitch, “Do you think there’s maybe a reason that President Trump’s concern [about corruption in Ukraine] was justified?”

Earlier in the hearing, Yovanovitch delivered a dramatic personal account Friday of her ouster as America’s Ukraine ambassador amid a campaign against her by Trump associates, telling lawmakers she believes that Trump attorney Rudy Giuliani played a key role in her recall by telling people she was not sufficiently supportive of the president.