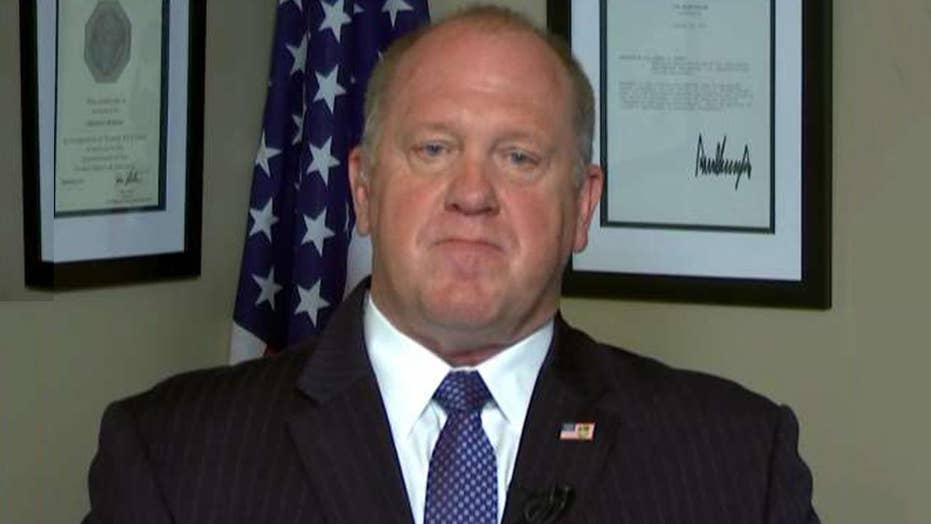 The former acting director of Immigration and Customs Enforcement, Tom Homan, says the left's attacks are getting out of control after bullets fly outside ICE offices in San Antonio, Texas.

The former acting director of Immigration and Customs Enforcement (ICE), Tom Homan, said the attack on federal immigration offices in San Antonio, Texas, should be considered an act of "domestic terrorism," and he warned against the effects of extreme political rhetoric.

The FBI is calling the early-Tuesday event a "targeted attack" after shots were fired at an ICE building where two floors of administrative and executive offices were housed, according to the San Antonio Express-News. The outlet also reported there was also gunfire at another facility where an ICE contractor was located.

"I think this was an act of terrorism. I mean, look at the definition of terrorism, this is exactly what they're doing," Homan said during an interview on "Outnumbered Overtime" on Wednesday. "This is domestic terrorism."

Homan, who also wrote an op-ed for Fox News on Wednesday about the dangers of left-wing immigration rhetoric, took issue with House Democrats for radicalizing their talking points, and said hate should have no place in policymaking.

"We've got to stop the hate," he said. "They say the Trump administration -- all hate rhetoric is coming out of there. No, there's just as much hate rhetoric, if not more, on the left. So when you sit there and vilify the men and women of ICE and the Border Patrol every day -- the media outlets, and the people running for president, and the Democratic leadership, that catches on."

Homan said the escalation has risen to such a high level that most policymakers and government workers need some form of personal security, to protect against physical attacks.