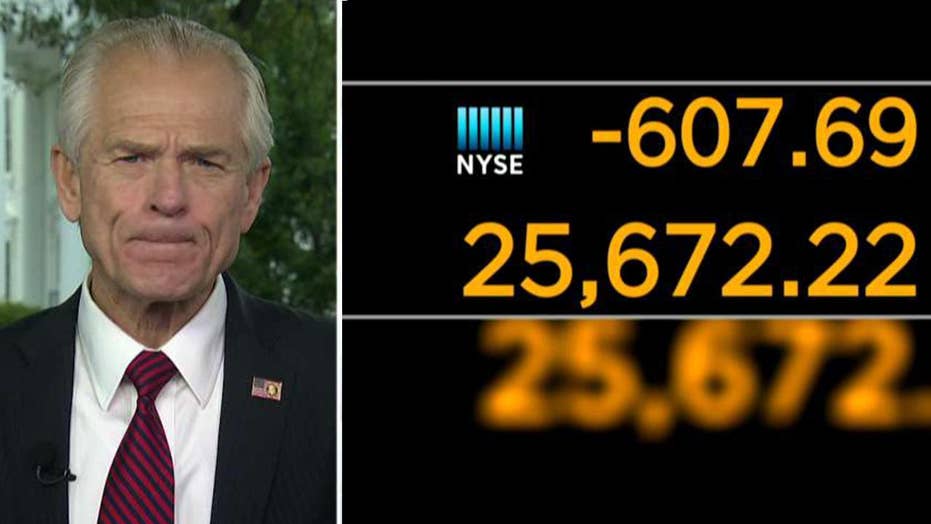 "This is basically the Federal Reserve’s problem -- volatility," he said on "America's Newsroom" Wednesday. "They are causing this because when Jay Powell got in as chairman he proceeded to raise interest rates by 100 interest points, too far too fast. And even though the Trump economy is rock solid, it slowed us down a bit because of those higher interest rates."

Navarro said talk of an inverted yield curve doesn't automatically mean there is a recession on the horizon, and claimed it could be viewed as a positive because it will force the Fed to act on interest rates.

"It gives the Federal Reserve even more reason to immediately lower interest rates by 50 basis points and another 25 or 50 before the holidays," he said. "This is what everybody on Wall Street, except the Fed, believes should be happening now."

Navarro assured viewers the economy is still "solid" and claimed it will continue to flourish after interest rates are lowered, and the U.S., Canada, and Mexico reach a final trade agreement.

"If the Fed gets this right and if we pass the U.S.-Mexico-Canada agreement, those are the two most important things we need to do over the next several months to move the Dow over 30,000," he said.

The spread between the U.S. 2-year and 10-year yields on Wednesday turned negative for the first time since 2007. Such a development has occurred ahead of each and every U.S. recession of the last 50 years, sometimes leading by as much as 24 months.