Immigration and Customs Enforcement (ICE) workers are facing a rapidly escalating series of threats, including protesters menacing their children and shots being fired at their offices, amid a rising tide of anti-ICE rhetoric from the left fueled by congressional Democrats, media voices and presidential hopefuls.

Footage published Tuesday by Breitbart News shows protesters in Florida from groups such as Never Again Action and Black Lives Matter Alliance of Broward County threatening workers and former employees of the GEO Group, a private contractor used by ICE.

“We know where you sleep at night,” another protester shouted. “We know what kind of dog food you buy your dogs.”

Another can be heard yelling: “When immigrant bodies are under attack, what do we do?”

"Fight back,” other protesters responded.

Breitbart reports that the footage was taken a day before shots were fired early Tuesday at an ICE office and GEO Group office in San Antonio, Texas, in what the FBI has called a “targeted attack.” 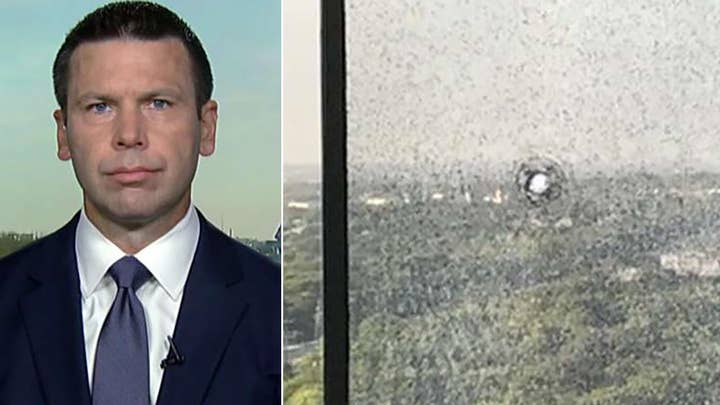 The shooting occurred around 3 a.m. at an ICE building where two floors house administrative and executive offices, according to the San Antonio Express-News. The outlet reported another shooting occurred at a separate facility where an ICE contractor is located.

"All of the shots that we have found are on the floors where ICE had offices," FBI Special Agent in Charge Chris Combs said. "This is no question a very targeted attack. It's not a secret facility, you can go online, it's [the address is] out there. So they did some research, they knew what floors ICE was on, they knew what buildings they were and they hit those."

The incidents are the latest escalation in anti-ICE sentiment that has shifted from calls to abolish the agency and claims that it is “caging children” to threats and violence within the space of a year.

Last month, a man was killed by Washington state authorities when he threw incendiary devices at both an immigration center and nearby propane tanks. In Colorado, protesters demonstrating outside an ICE facility replaced the American flag with the Mexican flag. Also last month, protesters were arrested after trying to storm an ICE building in Washington, D.C.

“The environment where we're demonizing our law enforcement for doing their jobs and enforcing the law on the books is concerning,” he said. “It can be dangerous and it can result in people taking action that are not supported by facts that are not in response to anything inappropriate that the men and women of ICE are doing and we've got to tone that down."

In an op-ed for Fox News Wednesday, former ICE Director Thomas Homan said that he had to deal with death threats when he was in charge of the agency and had to receive round-the-clock armed protection for weeks.

He also noted increasingly heated rhetoric from elected Democrats and presidential hopefuls about the work ICE does.

“In addition to the threats of violence, we see elected officials at the local, state and national level calling the Border Patrol, ICE and anyone that enforces our immigration law Nazis, racists, and obscene names,” he wrote.

He also asked where the outrage was from Democrats, who recently have partly blamed President Trump for creating anti-immigrant sentiment that encouraged the mass shooting in El Paso, Texas.

"Here’s the bottom line: Hate is hate, terrorism is terrorism, and murder is murder. Politicians who condemn attacks on themselves and institutions and policies they support have an obligation to condemn such attacks on their opponents just as vigorously."