All eyes were on Detroit Tuesday for the second round of Democratic primary debates, where the first 10 candidates squared off.

"I thought he came out swinging...he was Bernie with an exclamation point," she said.

Asked which candidate he believed could beat Trump in a national election, Host of Fox Nation's "Reality Check," David Webb said he had a hard time finding a candidate that poses a real threat to Trump at this point.

While this debate was less fiery than many were anticipating, there were some key moments that stood out.

Sanders delivered some powerful arguments that provoked cheers from an excited audience. His most notable retort of the night came after a tense exchange with moderates on the stage who attacked “Medicare-for-all” as an unrealistic and impossible promise.

Rep. Tim Ryan of Ohio even accused Sanders of not knowing what impact such a bill would have on union workers.

Sanders fired back, saying: “I do know. I wrote the damn bill!”

Though many anticipated at least one contentious exchange between Warren and Sanders – who occupy very similar ideological positions and are neck-in-neck in most polls – the two refrained from direct attacks on each other.

Author Marianne Williamson was the surprise star of the debate where she had very little time compared to her opponents. 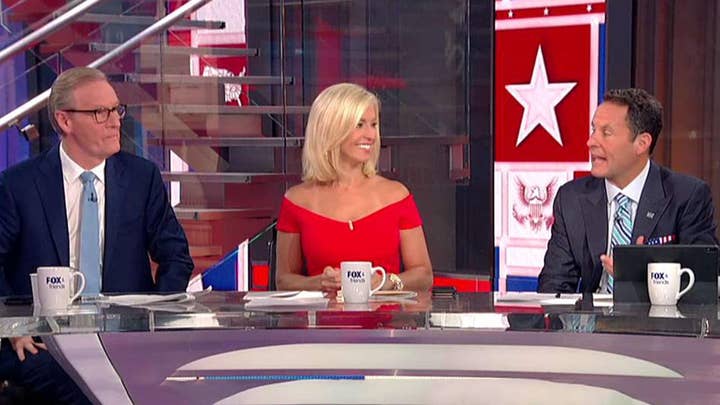 Williamson’s most memorable line of the night talked about the failure of “this wonkiness” to combat “this dark psychic force of the collectivized hatred that this president is bringing up in this country.” While the comment was mocked by some on Twitter, it also resonated.

At one point, Williamson pointed to the debate stage and made a bold statement: "This is everything that's wrong with American politics," she said in a now-viral moment.

Knowles called this the "truest thing of the night," explaining that her strategy of "Plain Jane speech" made her stand out from her competitors who focused on numbers and technicalities, which voters have a hard time relating to.

"She was tapping into something that President Trump tapped into which is - don't talk about these super-specific lines of legislation. Talk about the big picture. Talk to Americans in a way that resonates with their life."

Fox Nation programs are viewable on-demand and from your mobile device, but only for subscribers. Go to Fox Nation to start a free trial and watch the extensive library including Tomi Lahren, Pete Hegseth, Abby Hornacek, Laura Ingraham, Greg Gutfeld, Judge Andrew Napolitano, Tammy Bruce, and many more of your favorite Fox News personalities.