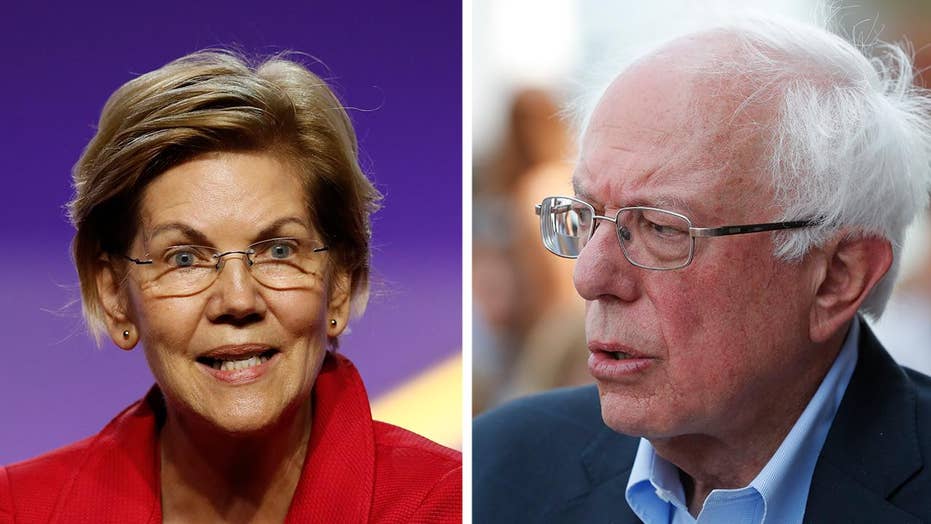 The Democratic presidential debate was widely billed as a socialist-style showdown between Elizabeth Warren and Bernie Sanders, but that never came close to materializing.

The two friends observed a mutual non-aggression pact, with Warren passing up a question on whether she bills herself as a capitalist to cast herself as a safer choice than Sanders.

The result was a CNN debate that was unusually substantive, with Warren, the most nimble debater on the Detroit stage, delivering the most applause lines.

(Of course, because the Democratic National Committee insisted on a dumb lottery, she again didn’t have to face Joe Biden or Kamala Harris.)

The widely predicted personal attacks also were missing, beyond a few policy jabs, so it was not a “sexy” faceoff in media terms. No one dominated on the crowded stage. If there was a breakout figure, it was moderate Montana Gov. Steve Bullock aggressively debating the most left-wing candidates.

Far from accepting the party’s rhetoric, anchor Jake Tapper questioned whether the Democrats are moving too far left to beat President Trump — as many neutral analysts have warned.

Tapper set the tone by challenging Sanders on Medicare for All, saying that a rival called it “political suicide” to kick 150 million people off their private insurance. (Sanders called health care a “human right.”)

In one of the few dramatic moments, an exasperated Sanders declared: “Jake, your question is a Republican talking point!”

Tapper also challenged Warren, who answered the question by talking about a friend with ALS (Lou Gehrig's disease). Are you also “with Bernie,” he asked, on raising taxes to pay for single-payer insurance?

When the U.S. senator from Massachusetts said, “Giant corporations are going to pay more,” Tapper pressed again: “Would you raise taxes, yes or no?” She ducked.

Others, like Amy Klobuchar, said they were opposed to Medicare for All, but she was again too Minnesota Nice, not emphasizing that much of the country would be forced to abandon their private insurance. She even dodged a question on which of her rivals was making sweeping promises just to get elected.

Dana Bash kept up the adversarial approach, asking Pete Buttigieg why decriminalizing border crossings wouldn’t lead to open borders. When the mayor gave a fuzzy answer, she followed up, forcing him to admit his position. Beto O’Rourke disagreed, but without criticizing his rivals.

Bash went through the same exercise with Warren, who twice sidestepped the question by pivoting to the president, saying “the criminal statute is what gives Donald Trump the ability to take children from their parents.” Sanders also said that “people fleeing violence” shouldn’t be prosecuted.

So within the space of half an hour, several leading candidates embraced positions that could be poison in the general election, even if they’re popular among many Democratic primary voters. One is blowing up private health insurance, the other dropping criminal laws against border crossings. They’ve evidently decided that they need to win the nomination before worrying about a fall campaign against Trump.

While the two journalists challenged the candidates on their positions, Don Lemon, the liberal opinion host on the panel, invited them to embrace a cause. Citing a recent spate of mass shootings, Lemon asked the contenders, “other than words of comfort,” what they would do about the “epidemic of gun violence.” Most of the candidates embraced tighter gun control.

When Lemon challenged them, it was exclusively from the left. He pressed Sanders for once having said that gun control was not the answer, and Montana Gov. Steve Bullock for dropping his opposition to an assault weapons ban only last year.

Lemon, who has bashed Trump as a racist in recent days, asked the candidates how they would counter a president who is running a campaign “based in part on racial division” and suggested he is a bigot. The African-American moderator also asked Warren, “How are you going to combat the rise of white supremacy?”

The night had to be disappointing for Klobuchar, Buttigieg and O’Rourke, all struggling in the polls and all unable to produce a memorable moment.

Given the lack of fireworks, the debate probably changed little and will likely be overshadowed on Thursday night when Biden and Harris take the stage.