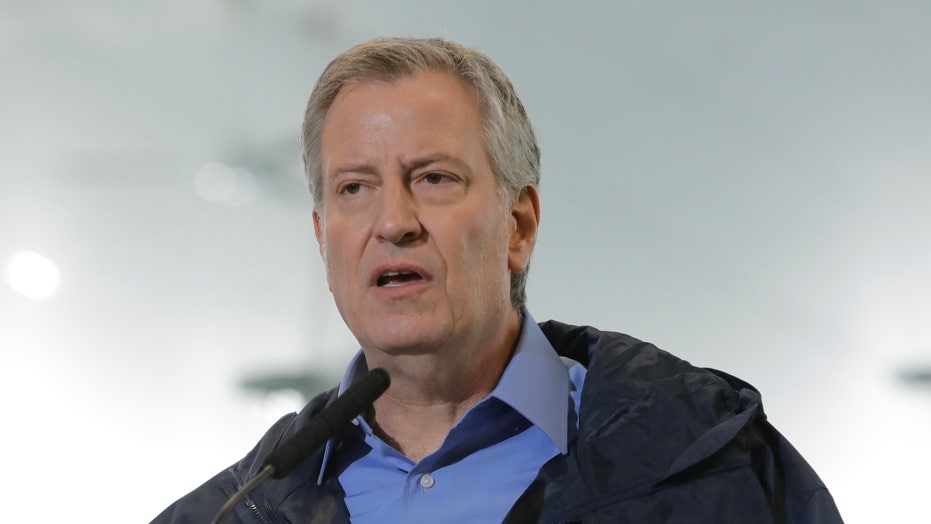 Chiara de Blasio, 25, was taken into custody around 10:30 p.m. after cops declared an unlawful assembly at 12th Street and Broadway in Lower Manhattan, the sources said.

She had allegedly been blocking traffic on Broadway and was arrested after refusing to move, the source said.

“That was a real hotspot, police cars were getting burned there, people were throwing and yelling, fighting with cops. There were thousands of people in that area at that time,” the source said.

Chiara gave a residence on East End Avenue as her address — otherwise known as Gracie Mansion, the mayor’s Upper East Side home. But she didn’t tell cops she was the mayor’s daughter.

The arrest came about an hour before Hizzoner told protesters it was time to “go home.”

“We appreciate and respect all peaceful protests, but now it is time for people to go home,” de Blasio said at a press conference at 11:30 p.m. at the NYC Emergency Management headquarters in Downtown Brooklyn.

“If you went out peacefully to make a point about the need for change, you have been heard and change is coming in the city. I have no doubt about that. It’s time to go home so we can all move forward.”

On Sunday, the mayor declared that anarchist agitators with an “explicit agenda of violence” have co-opted police-brutality protests for destruction.

“It is a small number of people. It is well organized, even though many of the people are associated with the anarchist movement,” de Blasio said in a City Hall press briefing of the outside opportunists he blamed for the now-nationwide demonstrations devolving into chaos.

“Some come from outside of the cities. Some are from inside the city. Some are from the neighborhoods where the protests take place. Some are not,” he continued, without detailing where the interlopers were from.

His daughter — who graduated from Santa Clara University in 2016 with plans to pursue a career in social work — was given a desk appearance ticket.