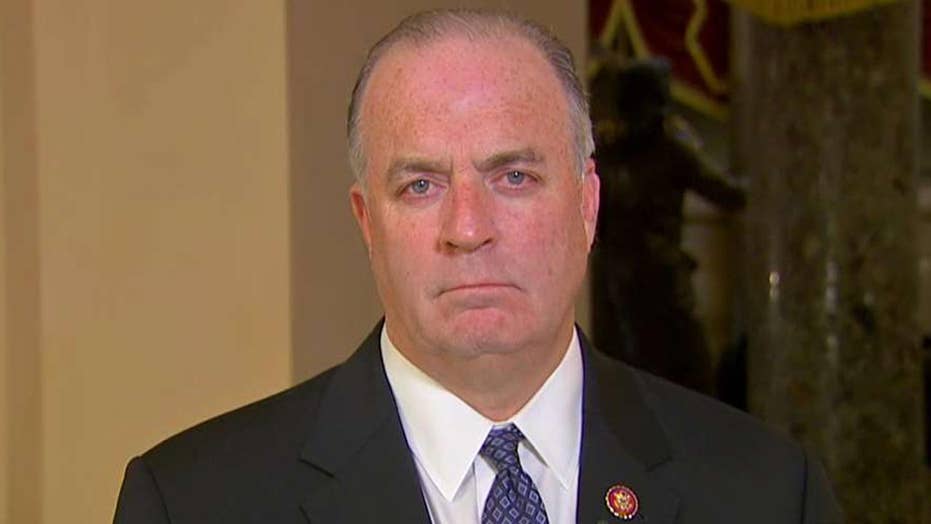 In 'no real world' is it OK for a president to ask a foreign government to investigate a political rival, says Michigan Congressman Dan Kildee, majority chief deputy whip.

Rep. Dan Kildee, D-Mich., pushed back Tuesday on the defenses being offered by the White House and Republicans for President Trump's phone call with the president of Ukraine, which has prompted an impeachment inquiry that will move to public hearings this week.

Kildee responded to White House counselor Kellyanne Conway saying earlier on "America's Newsroom" that Democrats want to overturn the results of the 2016 election through impeachment and do not want to run against Trump next year.

A memo circulated among House Republicans outlined four key defenses of Trump's call, claiming there was no evidence of pressure from Trump toward Volodymyr Zelensky, aid to Ukraine was released in September and Ukraine was not aware of the hold on aid at the time of the call.

Kildee said Republicans keep shifting their explanations after initially claiming Trump did not ask Ukraine to investigate the Biden family. He said their stance changed after the White House released a transcript of the call.

"Saying something that is not true as part of the defense is not going to be helpful," said Kildee, who serves as the Democrats' deputy whip, adding that recent testimony shows the Ukrainians did know aid was being withheld.

Kildee said the aid to Ukraine flowed after news reports broke about the whistleblower complaint related to the president's call and allegations of a quid pro quo surfaced.

"There's going to be an effort from Republicans to get into some of the minutiae and the weeds. It is important to step back and realize that in no real world is this OK, that a president would ask a foreign power to investigate a political rival," said Kildee, arguing Republicans should not try to "obfuscate" from the main accusation.

"If we miss that point, I think it would be a mistake and be bad for the country."

House Democrats are moving their impeachment proceeding into open hearings this week.

The Republican memo claims they will still be “one-sided, partisan and fundamentally unfair.” The GOP authors of the letter say that Rep. Adam Schiff, chairman of the Permanent Select Committee on Intelligence, has been leading the impeachment inquiry from his "Capitol basement bunker."

The closed-door impeachment inquiry has generated more than 100 hours of testimony from 15 witnesses.