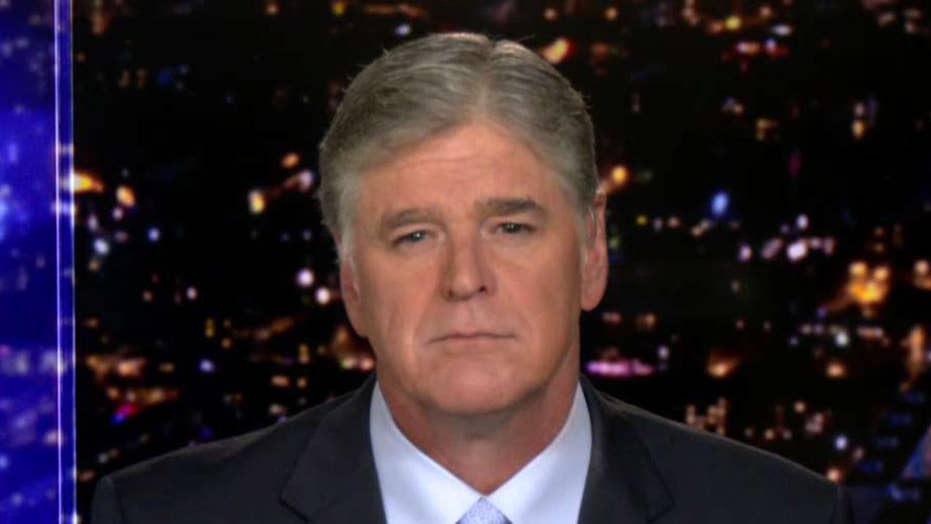 Hannity: Whistleblower lawyer is a Trump-hater

Whistleblower attorney called for 'coup' and 'rebellion' against Trump in 2017.

Mark Zaid, one of the attorneys representing the intelligence community whistleblower at the center of the Democrats' ongoing impeachment inquiry, tweeted conspicuously in January 2017 that a "coup has started" and that "impeachment will follow ultimately."

Then, in July 2017, Zaid remarked, "I predict @CNN will play a key role in @realDonaldTrump not finishing out his full term as president." Also that month, Zaid tweeted, "We will get rid of him, and this country is strong enough to survive even him and his supporters."

Amid a slew of impeachment-related posts, Zaid assured his Twitter followers that "as one falls, two more will take their place," apparently referring to Trump administration employees who defy the White House. Zaid promised that the "coup" would occur in "many steps."

The tweets, which came shortly after President Trump fired then-acting Attorney General Sally Yates for failing to defend federal laws in court, are likely to fuel Republican concerns that the anonymous whistleblower's complaint is tainted with partisanship. Trump's call with Ukraine's leader, which is the subject of the complaint, occurred in July 2019.

“The whistleblower’s lawyer gave away the game," the Trump campaign's communications director, Tim Murtaugh, told Fox News. "It was always the Democrats’ plan to stage a coup and impeach President Trump and all they ever needed was the right scheme. They whiffed on Mueller so now they’ve settled on the perfectly fine Ukraine phone call. This proves this was orchestrated from the beginning.”

Added House GOP leader Kevin McCarthy: "We should take [Zaid] at his word that this is a coordinated, premeditated plot to overturn the election."

Trump has repeatedly accused Democrats and partisans in the intelligence community of effectively plotting a coup against him, through selective leaks and lengthy investigations.

"45 years from now we might be recalling stories regarding the impeachment of @realDonaldTrump. I'll be old, but will be worth the wait," Zaid wrote in June 2017.

He emphasized his interest in impeachment in a variety of other posts.

In a statement to Fox News on Wednesday, Zaid defended his posts as common sentiments.

Fox News has previously reported on social media posts by Zaid that highlighted what appeared to be open animus toward the president.

Although Zaid described Democratic House Intelligence Committee Chairman Adam Schiff, D-Calif., as a "mature professional," and circulated articles that touted the reliability of the largely discredited Steele dossier used by the FBI to surveil a former member of Trump's campaign, Zaid has repeatedly unloaded on the president in no uncertain terms.

Zaid also had something of an open casting call for whistleblowers on Twitter as Trump took office, writing that CIA employees should "come to" his law firm "to lawfully challenge" the new president.

In February, Zaid escalated his pitch to Reiner, asserting that "we have a chance to depose" Trump in court. At one point last year, Zaid even pitched his services to Michael Avenatti, after the now-embattled attorney mentioned that he was "now representing whistleblowers within ICE."

Another of the whistleblower's attorneys, Andrew Bakaj, tweeted in August 2017 that Trump should be removed under the 25th Amendment, which applies to incapacitated presidents.

The posts have surfaced as Republicans demand that the anonymous whistleblower come forward and testify. On Sunday, House Oversight Committee Ranking Member Jim Jordan, R-Ohio, rejected an offer from Zaid for the whistleblower to anonymously provide written answers to GOP questions.

"Written answers will not provide a sufficient opportunity to probe all the relevant facts and cross-examine the so-called whistleblower," Jordan said. "You don't get to ignite an impeachment effort and never account for your actions and role in orchestrating it."

Zaid acknowledged in a statement in October that his client "has come into contact with presidential candidates from both parties" -- but insisted that the contact involved the politicians' roles as "elected officials – not as candidates."

His abrupt disclosure came shortly after The Washington Examiner reported that Intelligence Community Inspector General Michael Atkinson told lawmakers the whistleblower worked “or had some type of professional relationship” with one of the Democratic presidential candidates, citing three sources familiar with Atkinson’s interview with lawmakers last month.

But Republicans have challenged that claim, noting that various statements in the whistleblower claim have seemingly proved inaccurate. For example, the whistleblower complaint stated that Trump made a “specific request that the Ukrainian leader locate and turn over servers used by the Democratic National Committee (DNC) and examined by the U.S. cybersecurity firm CrowdStrike" -- a request that does not appear in the declassified transcript of the call released by the Trump administration. Trump mentioned CrowdStrike, but did not demand the server.

Meanwhile, Democrats on Wednesday released a transcript of testimony from U.S. diplomat Bill Taylor in which he claimed to have a “clear understanding” that  Trump wanted to leverage military aid to Ukraine in return for investigations that could benefit him politically -- while acknowledging he didn't have firsthand knowledge of "what was in the president's mind."

Taylor is a top U.S. diplomat in Ukraine who has emerged as a key figure of interest in the Trump impeachment inquiry, having alleged a quid pro quo was at play despite White House denials.

The transcript shows that Taylor testified he had been told by other officials that the White House was willing to hold up both military aid and a prospective White House meeting with Ukraine's president to extract a public announcement from Kiev that probes related to election interference and a company linked to former Vice President Joe Biden's son were underway.

But Republicans have countered that Taylor did not have primary knowledge regarding the key events in question, but rather based his testimony off conversations with others.

In one exchange between GOP Rep. Lee Zeldin and Taylor during his deposition, Taylor was asked whether he had any firsthand knowledge of Trump conditioning an investigation into the 2016 election and the Bidens on military aid.

Taylor said he did not speak to the president, or have any direct communication with the president regarding the requests for investigations. Instead, he said he was basing much of his testimony on what former United States Special Representative for Ukraine Negotiations Kurt Volker and Sondland told him.