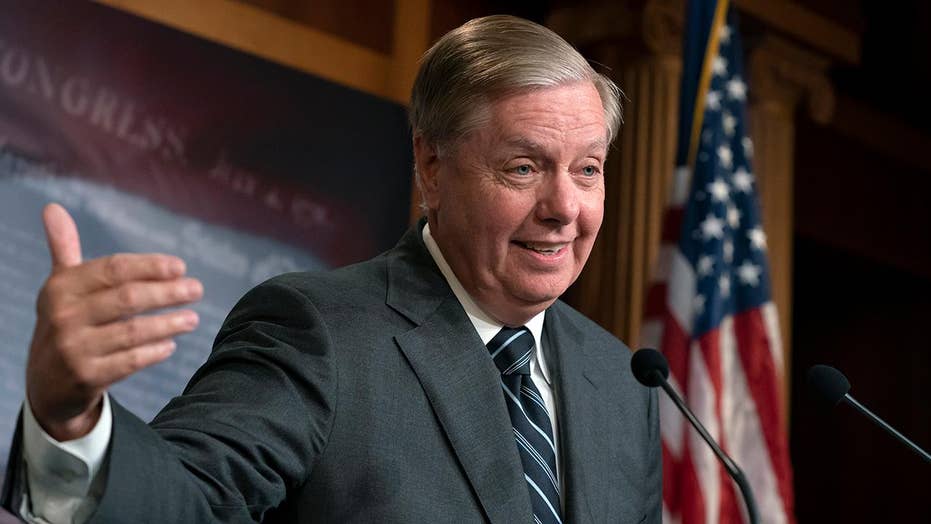 Three top Republicans serving on panels involved in the Democratic-led impeachment inquiry into President Trump penned a memo to GOP members on those committees outlining "key points of evidence" from the closed-door inquiry ahead of public hearings slated to begin Wednesday.

Addressed to the GOP members of the House Intelligence Committee, House Oversight Committee and House Foreign Affairs Committee, the memo outlines arguments in defense of Trump. It makes the case that Democrats failed to present any evidence of quid pro quo in Trump's July 25 call with Ukrainian President Volodymyr Zelensky.

They say Trump had a “deep-seated, genuine and reasonable skepticism of Ukraine and U.S. taxpayer-funded foreign aid" due to the country's history of "pervasive corruption" since the collapse of the Soviet Union.

The memo points out that both Trump and Zelensky have said they felt no pressure during the call. Another piece of evidence cited by the memo's authors is that Ukrainian government officials interfered in the 2016 presidential election in opposition to Trump in an effort to sway the race in favor of former Secretary of State Hillary Clinton, a claim that Trump has made but has not been proven.

The United States provided Ukraine with much-needed security assistance despite it not investigating former Vice President Joe Biden and his son, Hunter, according to the letter. The Ukrainian government was also not aware that security assistance was being withheld at the time of the call.

The memo cites testimony transcripts of several State Department officials called by House Democrats to give their depositions behind closed doors. The Republicans also accuse Democrats of lacking transparency and hiding information.

The memo says that Rep. Adam Schiff, chairman of the Permanent Select Committee on Intelligence, has been leading the impeachment inquiry from his "Capitol basement bunker." The closed-door impeachment inquiry has generated more than 100 hours of testimony from 15 witnesses.

“The fact-finding is all unclassified, so the closed-door process is purely for information control. This arrangement has allowed Chairman Schiff – who has already publicly fabricated evidence and misled Americans about his interactions with the anonymous whistleblower – to selectively leak cherry-picked information to help paint misleading public narratives while, at the same time, placing a gag order on Republican Members,” the memo reads.

House Democrats are moving their impeachment proceeding into open hearings this week. The memo claims they will still be “one-sided, partisan and fundamentally unfair.” The GOP authors of the letter say there is no co-equal subpoena power, no due process for the president, and no guarantee Schiff will call witness put forward by Republicans. They also point out that Schiff denied the GOP minority’s request to call the anonymous whistleblower – whose complaint initiated the impeachment probe – to testify.