Dan Bongino reacts to violent rioting across the nation: This isn’t a protest anymore, it’s a coup

Former NYPD officer and Secret Service agent Dan Bongino reacted on Sunday to the violent riots that have erupted across the country in protest of the death of a black Minneapolis man in police custody, saying, “This isn't a protest anymore, this is a coup.”

“This is an organized internal coup by a small group of agitators acting as a domestic terror group. That's a fact,” Bongino, a Fox News contributor, said on "Fox & Friends Weekend" on Sunday.

The violent protests across the country left at least three dead, dozens injured, hundreds arrested and buildings and businesses in charred ruins.

The protests were sparked by the May 25 death of George Floyd, a black man who died after a Minneapolis cop, Derek Chauvin, was seen kneeling on his neck in a viral video. Chauvin has been fired and charged with third-degree murder, and the U.S. Justice Department is investigating the case. Crowds across the nation have seized on the racially charged incident to demand justice, but the protests have turned increasingly violent, culminating in a weekend of carnage.

Host Pete Hegseth noted that in New York City, 345 people were arrested, 33 officers were injured and 47 police vehicles were damaged. 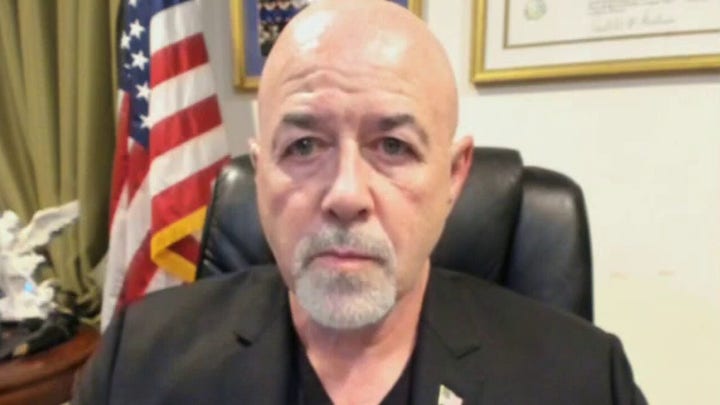 “It should have been a protest,” Bongino said.

“There were legitimate reasons looking at the tape of Mr. Floyd for all Americans who agreed in unanimity, for one of the first times I've seen in the last probably 10 years, that there was something seriously wrong there and you know what we're not talking about? Any of that because we're talking about an Antifa group, an organized group of agitators, committed unquestionably now to the destruction of the United States.”

“It's very difficult to put a lid on that,” he continued.

Bongino joined the Sergeants Benevolent Association (SBA) of the NYPD in criticizing New York City mayor Bill de Blasio for his comments on Saturday night that he expects officers to use a “light touch” with protesters.

The SBA tweeted on Saturday night, “If Mayor DeBlasio wants a light touch then let him stand in front and take the first brick to the face. Or perhaps he can sit in a police vehicle and catch the Molotov Cocktail that’s thrown into it. Here’s the light touch, DeBlasio brain!” 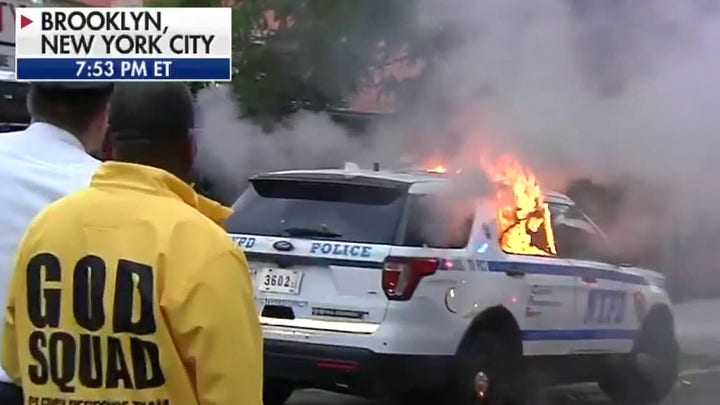 He added that “police officers know what to do.”

“The cops I worked with at the federal and state level are more than competent, it's the political leadership getting in the way with this light touch nonsense,” Bongino said.