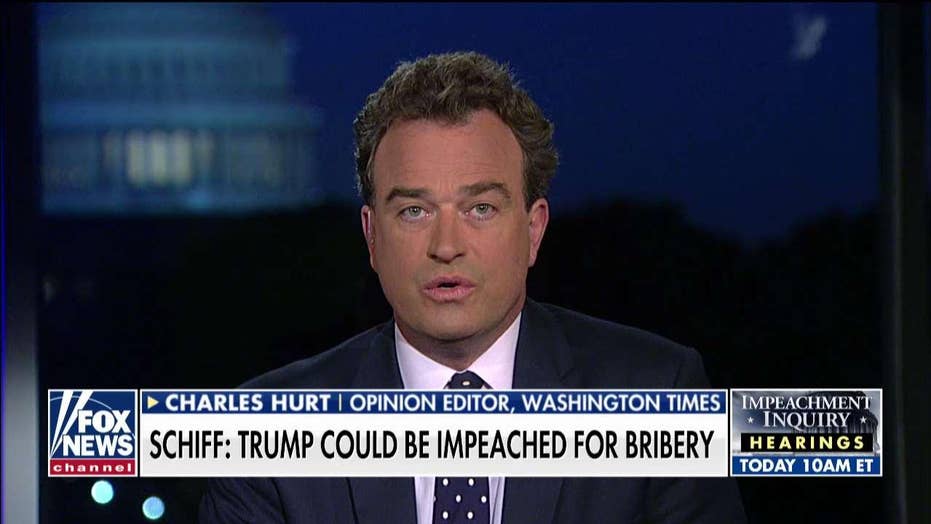 Appearing on "Fox & Friends" with host Steve Doocy, Hurt said that Pelosi fought the impeachment push for a long time and "that's the real indication that this is bad news for Democrats."

"She did not want to go down this road. She realizes that this is a huge loser for Democrats, but her part went a different direction and she had to run over and kind of get back in front of them because she cares more about power than she does about principle," he told Doocy.

On Wednesday morning, House Democrats are set to host the first public hearing involving the potential impeachment of a president since Nov. 19, 1998.

"You have these people who have taken the most powerful tool the legislative branch has – impeachment – and they've turned it into a political cudgel. Which is not at all what the founders intended," said Hurt.

"And so, when you hear Adam Schiff and Democrats use all these squirrelly words like quid pro quo, bribery, all these things — it's all because they can't specify exactly where Donald Trump broke any law or did anything particularly wrong," he explained.