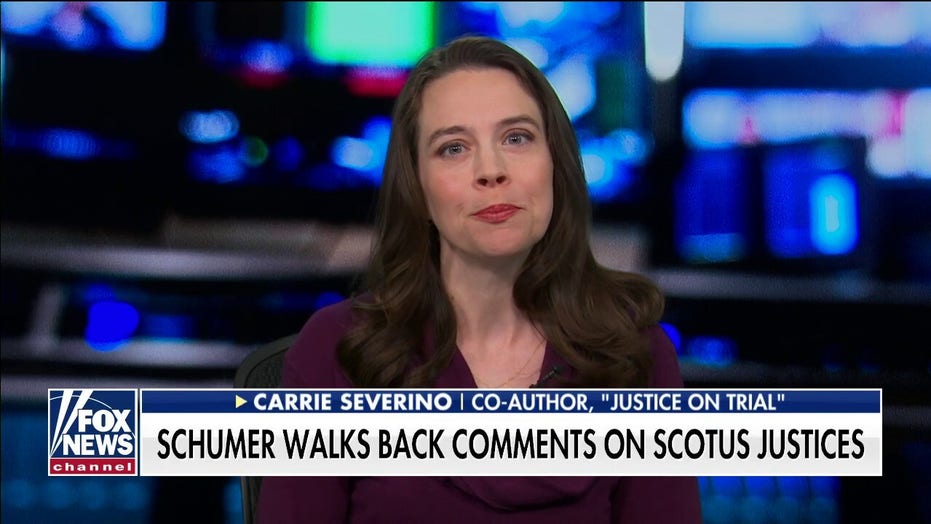 "Totally out of line," she said. "Totally unacceptable. That's why you're seeing everyone from Chief Justice John Roberts to a liberal law professor, Laurence Tribe, just calling it out and saying, no, we can't have this in a rule-of-law society."

Schumer's initial comments, which drew a sharp rebuke from Republicans and Democrats alike, came as the Supreme Court deliberated a high-profile Louisiana abortion decision on Wednesday.

Schumer attempted to walk back his statements, claiming his words didn't come out right because of his state of mind at the time.

“I’m from Brooklyn. We speak in strong language. I shouldn’t have used the words I did, but in no way was I making a threat,” he said on the Senate floor Thursday. “I feel so deeply the anger of women all across America about Senate Republicans and the courts working hand in glove to take down Roe v. Wade." 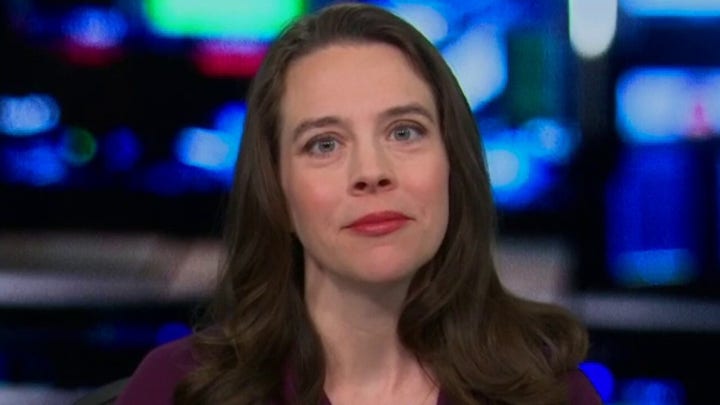 "He said he got caught up in the moment -- that he's from Brooklyn," Severino countered. "He should apologize to Brooklyn for that."

Severino told host Pete Hegseth that Schumer knew exactly what he was doing, because he was reading a "premeditated" speech.

"I thought after the Brett Kavanaugh debacle we saw last year the left had learned its lesson," she added. "Unfortunately, now we're seeing them doubling down. This isn't just smears. No, this is actual threats against justices."

"I think he should be censured," Severino said. "This is something we should see Republicans and Democrats join hands to condemn because it has no place in our politics."