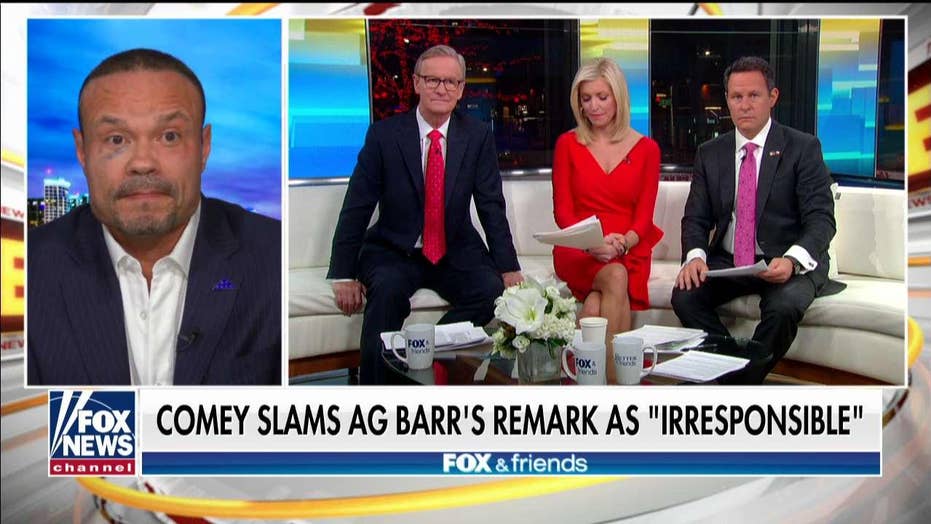 Comey admitted on Sunday that the recently released Justice Department Inspector General’s report on the launch of the FBI’s Russia investigation and their use of the surveillance process showed that he was "overconfident" when he defended his former agency's use of the Foreign Intelligence Surveillance Act (FISA).

This came days after Inspector General Michael Horowitz’s report and testimony before the Senate Judiciary Committee detailed concerns that included 17 “significant errors and omissions” by the FBI’s investigative team when applying for a FISA warrant to monitor former Trump campaign adviser Carter Page. Horowitz referred “the entire chain of command” to the FBI and DOJ for “how to assess and address their performance failures” during the probe, which was conducted while Comey was in charge.

Comey, however, remained defiant on former British spy Christopher Steele’s anti-Trump dossier, that served as the basis for FISA warrants against Page. Horowitz’s report stated that government attorneys were hesitant to approve a FISA warrant application until they relied on unverified information from Steele. That information also was used in subsequent renewals for the FISA warrant.

COMEY ADMITS 'I WAS WRONG' ON FISA CONDUCT, REMAINS DEFIANT ON DOSSIER IN TENSE INTERVIEW

“These irregularities, these misstatements, these omissions were not satisfactorily explained. And I think that leaves open the possibility to infer bad faith,” Attorney General William Barr said in an NBC interview, reacting to Horowitz's report.

Responding to Barr’s statements, Comey told “Fox News Sunday” host Chris Wallace, “He does not have a factual basis as the attorney general of the United States to be speculating that agents acted in bad faith.”

“The facts just aren’t there, full stop, that doesn't make it any less consequential, any less important but that's an irresponsible statement. “

Bongino, a former NYPD officer, reacted to Comey’s astatement on “Fox & Friends” saying, “I don't know what Jim Comey was thinking in that interview. This is really a deeply troubled guy. I don't know if it's narcissism or something worse.”

The Secret Service agent-turned-conservative pundit added that Comey “clearly didn't read the same report I did.”

Horowitz did make it clear that he believes the FBI’s investigation of Russian election interference and possible connections with the Trump campaign was properly initiated, but he did note that this is based on a “low threshold.” He also concluded that there was no testimonial or documentary evidence to show that the investigation started due to any political bias, but said the issue of bias “gets murkier” when it comes to the various issues with the FISA process.

“One of the things I wish would go away is this constant media myth because it's not true. People keep saying on other networks and I’ve heard it, the report says there was no political bias, which of course Jim Comey just ran with. That is not what the report says,” Bongino said.

He went on to say, “That is not true. If you read the report what Horowitz said is he couldn't find documented evidence of political bias to initiate the case. That is not the same thing.”