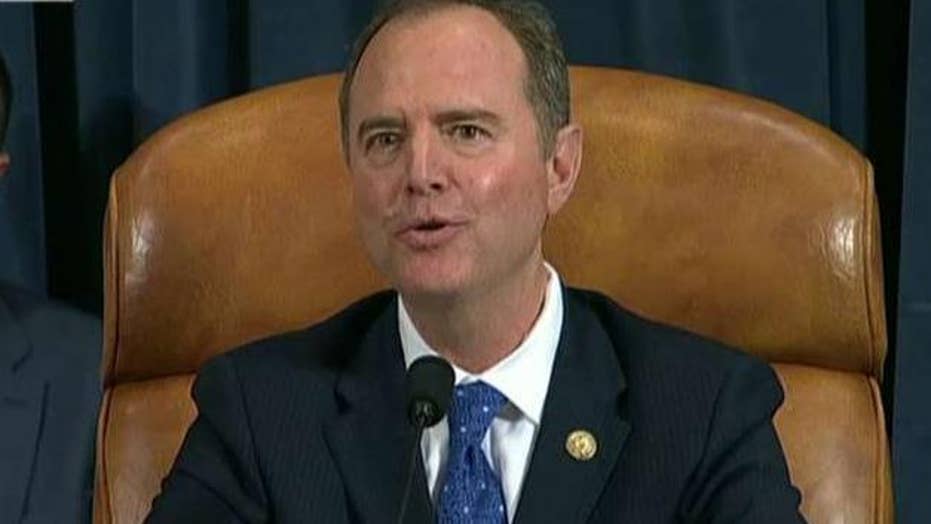 Rep. Devin Nunes: We need to know what the FISA court is really doing

Speaking on "Sunday Morning Futures" with Maria Bartiromo, Nunes said, "We need to have a hearing with IG Horowitz next week."

He added, "The [Foreign Intelligence Surveillance Act] court itself is in tremendous jeopardy. We cannot support the FISA court right now. The judges are refusing to take action against these dirty cops and dirty lawyers who did this. That’s totally unacceptable."

Horowitz’s 476-page report concerning the origins of the Russia investigation and the issuance of FISA warrants for former Trump campaign adviser Carter Page, released this past Monday, said investigators found no intentional misconduct or political bias surrounding efforts to launch that 2016 probe. However, the report revealed at least 17 "significant inaccuracies and omissions" in the Page FISA applications.

Also Sunday, Nunes told Schiff in a letter that the Democrat was "in need of rehabilitation" after the Horowitz report contradicted some of Schiff's past assertions.

NUNES TELLS SCHIFF HE NEEDS 'REHABILITATION' AFTER IG REPORT: 'ADMIT YOU HAVE A PROBLEM'

In a 2018 memo, Schiff dismissed Nunes' concerns about the FBI's use of a FISA warrant to monitor Page. The IG report confirmed that the FBI's warrant applications included the 17 errors and omissions, including a doctored email and reliance on unverified information from British ex-spy Christopher Steele.

"After publishing false conclusions of such enormity on a topic directly within this committee's oversight responsibilities, it is clear you are in need of rehabilitation, and I hope this letter will serve as the first step in that vital process," Nunes wrote in the Sunday letter.

Schiff's memo downplayed Steele's role and denied FBI wrongdoing, saying, "FBI and DOJ officials did not 'abuse' the Foreign Intelligence Surveillance Act (FISA) process, omit material information, or subvert this vital tool to spy on the Trump campaign." Schiff also claimed at the time that the DOJ "made only narrow use of information from Steele's sources" for the Page warrant.

Speaking with Bartiromo exclusively on Sunday Nunes also said, “We need a free and fair press, but we don’t have that today.”

He said there remained "numerous members of the media, hundreds of them, who attack" House Republicans and anyone in the media "who said, 'Hey, maybe the Republicans might have a point here, should we get to the bottom of it?'"

He continued, "We're not going to give up our liberty in order to have some secret court operate to spy on political campaigns and to use our counterintelligence capabilities to do that."