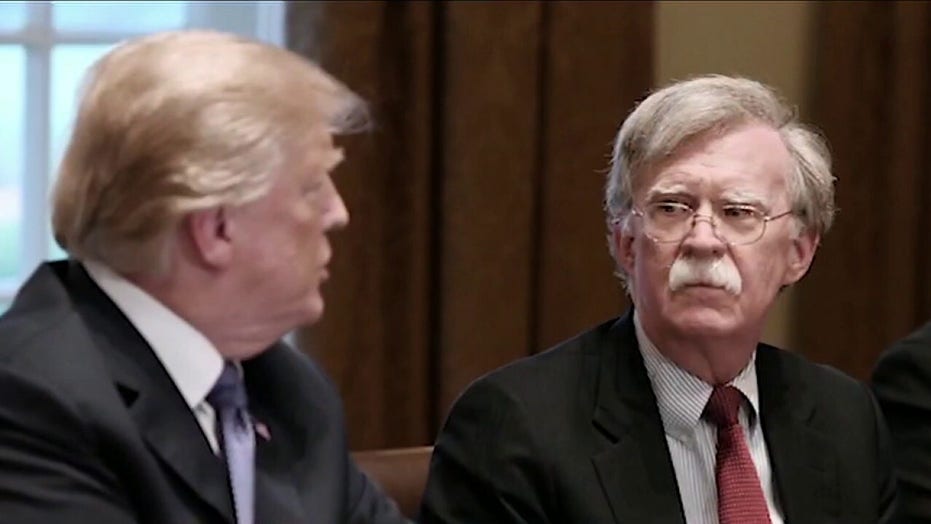 Former National Security Adviser John Bolton has managed to anger both sides of the political divide ahead of the release of his new book, which contains potentially damaging accusations about President Trump.

Liberals like "The View" co-host Joy Behar and "Daily Show" host Trevor Noah blasted Bolton for taking so long to speak out, suggesting that he betrayed the country by waiting until he could make money off his claims.

"There were plenty of opportunities," Behar said Thursday, "for Bolton to speak out back in January during the impeachment trial ... a lot of people, myself included, feel like he shirked his responsibilities as a public servant and American so that he could make a buck by writing this book."

Noah also blasted Bolton's book as "b------t" and argued he could have testified during the Senate's impeachment trial.

"Who sees their country in terrible danger from an unhinged president and goes, 'I need to warn the people! Chapter one... I was born on a bright autumn day in 1948...?'” he asked, while imitating someone typing.

NBC "Late Night" host Seth Myers similarly adressed Bolton: "You’re like a guy who sees his neighbor’s house on fire and instead of calling 9-1-1, writes a book called, 'Hey, that house is on fire!'"

Not to be outdone, House Intelligence Committee Chairman Adam Schiff, D-Calif., -- who led the impeachment inquiry against President Trump -- told "CBS This Morning" Thursday that , he said people should "question John Bolton's patriotism. in withholding this information during an impeachment proceeding."

“I’ve known him for 10 years," Guiliani told Fox Business Network's "Mornings with Maria". "He says all kinds of things about me in that book. He never was man enough to come up to me and raise that with me when we were in the administration, when I was representing the president."

On Tuesday, the Justice Department filed a complaint in federal court seeking to block the book's release following warnings from President Trump could face a “criminal problem” if he doesn’t halt plans to publish the time, which is scheduled for release next week.

On Thursday, Trump tweeted: "Bolton’s book, which is getting terrible reviews, is a compilation of lies and made up stories, all intended to make me look bad. Many of the ridiculous statements he attributes to me were never made, pure fiction. Just trying to get even for firing him like the sick puppy he is!"