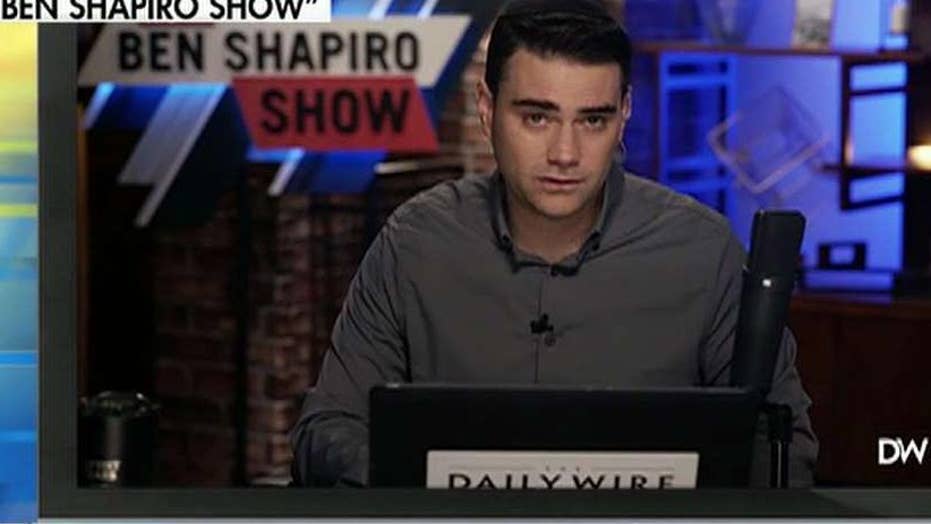 Conservative commentator Ben Shapiro called out the mainstream media's coverage of the death of a top Iranian general in a U.S. airstrike, arguing many pundits are overhyping the possibility of a full-blown military conflict.

On "The Ben Shapiro Show" podcast Monday, Shapiro slammed news coverage of the large rallies in Tehran, where mourners protested against the United States and Iranian leaders vowed revenge.

Shapiro argued that the media appears to be presenting the anti-American sentiment as a "new" development after President Trump's decision to take out Gen. Qassem Soleimani in a Baghdad airstrike.

"My favorite thing about the news is that often it is not new. ... Wait, wait, you mean they are holding rallies in Tehran where they don’t like the United States and chanting death to America? This is brand new. I have never heard anything like this ever before, except for every single year I have been alive and years before that since 1979," he said. "'Death to America' is a thing. It’s been a thing for quite a while and massive rallies where they burn American flags and talk about America as the great Satan? Yeah, that's nothing new."

Shapiro said the mainstream media are portraying the situation as though the likelihood of an "overt" war between the U.S. and Iran has "radically" increased. But he said Trump has been consistent for years that he does not want a large-scale intervention in the Middle East and a war with Iran "cuts against" all of his foreign policy views.

"What Trump is doing is not riskier than what was happening when the United States was simply bending over backwards for the ayatollahs and allowing them to be as violent as they wanted to be across the entire Middle East," he said.

He remarked that it's "funny" to watch Democrats and the mainstream media insist that Trump is escalating the conflict with Iran.

"America is just re-establishing lines that were blown away and ignored by the Obama administration. It's called deterrence," Shapiro argued.

At least 40 Iranians were crushed to death Tuesday in a stampede that erupted during the funeral for Soleimani.

Speaking in Kerman on Tuesday, Hossein Salami – the leader of Iran’s Revolutionary Guards – threatened to “set ablaze” places supported by the United States to avenge Soleimani’s death. His remarks were met with cries of “Death to Israel!” from a crowd of supporters, according to The Associated Press.

A separate procession Tuesday in Soleimani’s honor, in the capital of Tehran, is said to have drawn more than one million people.