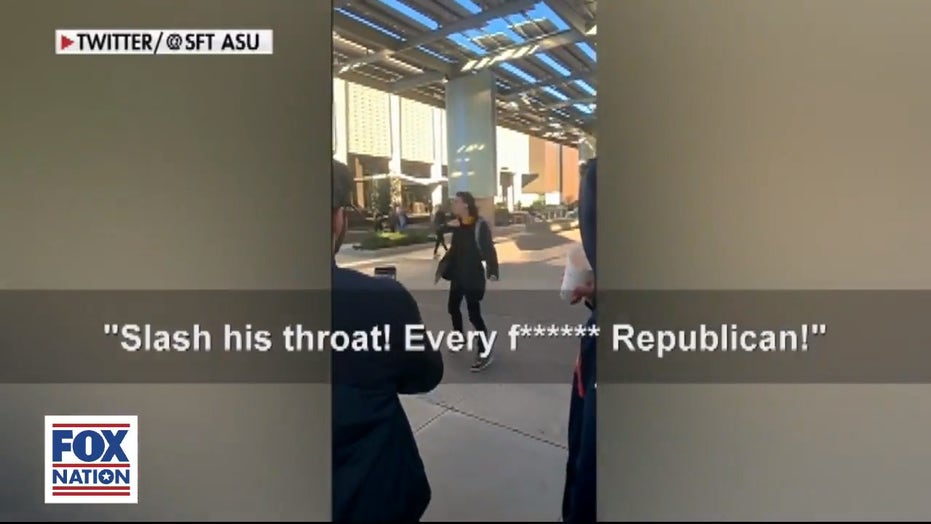 Police at Arizona State University said that they are investigating a video that showed an individual shouting violent threats at a group of pro-Trump students on campus.

"I want to reserve judgment on this specific incident because we don't really know much about this gentleman," Gabriel Nadales, a Student Rights Advocate for The Leadership Institute, said on Fox Nation's "Keeping Up With Jones."

"That being said," he continued, "if I had a nickel for every time that I had a situation like this happen to me or to one of my students, I'd be ready to retire."

The video, posted by Students for Trump at Arizona State University on Feb. 5, shows an individual at ASU's Tempe campus, shouting at the group at they stood at tables.

ASU spokesman Jerry Gonzalez told The Arizona Republic, "We are looking into this video posted to Twitter that shows a young male screaming at a couple of other people on campus about political leanings."

"Unfortunately, conservative students have come to expect that voicing their opinion ... they're just gonna expect this kind of behavior from the left," said Nadales, arguing that the problem starts with the culture on campus.

"I think that it really has to do with professors, who see themselves as activists and not educators," he explained.

"It's OK for professors to have a political inclination and it's OK for them to talk about it in the classroom. The problem is that multiple professors, not just one, not just two, but throughout the country, start teaching their biases as truth when it's just political opinions." 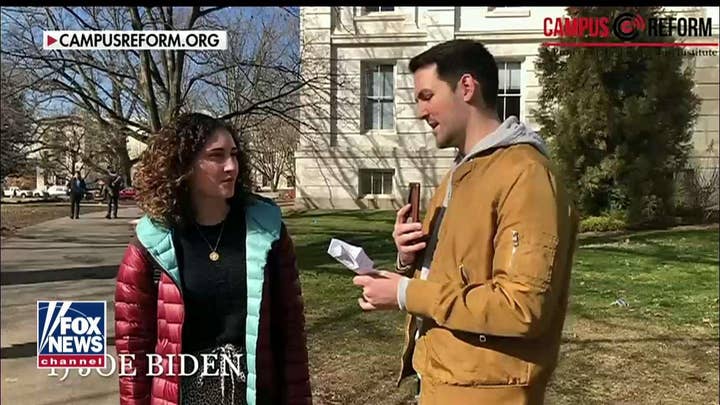 Kearyn Bolin, president of the conservative group Turning Point USA at Texas State, also said that she was not surprised by this video.

"You see things like this on college campuses daily," she said, "They might not be with that energy -- that he really did seem that he just hated Republicans -- but it happens every day on small scales, large scales."

Nadales argued that threats and violence against conservatives on campus is a disturbing and growing "trend."

"I've actually personally been attacked by two different students, one at U.C. Davis and UCLA," he claimed. "And then we all remember what happened to Hayden Williams last year."

In 2019, Zachary Greenberg, 28, pleaded not guilty to three criminal charges stemming from his alleged assault of Hayden Williams, 26, on the University of California, Berkeley campus.

Williams was at a recruitment table on campus for Turning Point USA when a man alleged to be Greenberg punched him. The incident was caught on video and soon went viral.

"I mean, this is not just a one-time thing. It is systematic. There's so many leftists out there throughout college campuses that are attacking and they feel justified in attacking conservatives even for peaceful behavior," said Nadales.

To watch all of "Keeping Up With Jones," go to Fox Nation and sign up today.