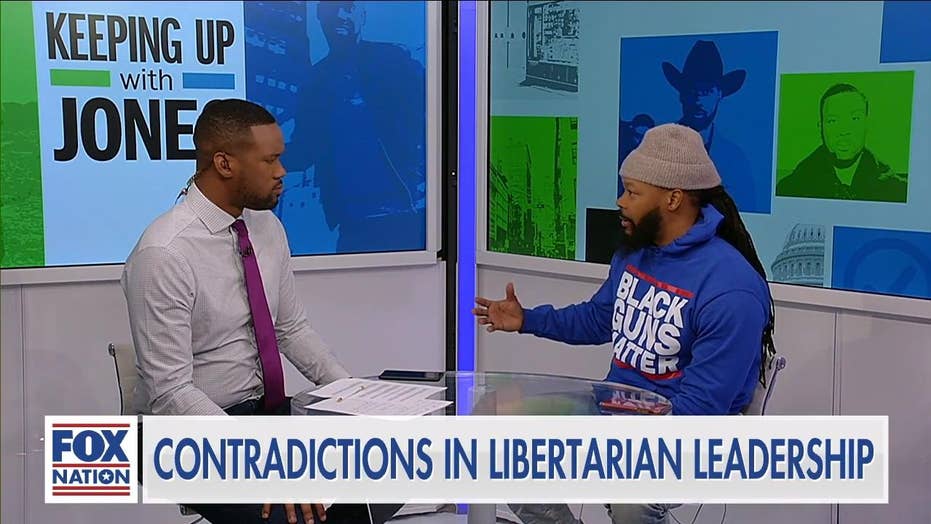 African-American libertarian, gun-rights, activist: 'What I love about President Trump'

"What I love about President Trump is — right, wrong or indifferent, you're going to know exactly where he stands... And I think that the American people want more politicians in that vein," said Maj Toure, who is one of the most prominent African-American libertarian activists in the country.

Toure is also the founder of Black Guns Matter, a gun rights group that "educates people in urban communities in all 50 states on their Second Amendment rights and responsibilities through firearms training and education," according to its website.

On Fox Nation's "Keeping Up With Jones," host Lawrence Jones sat down with Toure to discuss his politics and what they both see as an opportunity for libertarian and conservative groups to appeal to African-Americans.

In November, Toure had a falling out with the leadership of the Libertarian Party, after he was removed as keynote speaker from the party's nominating convention in May. Among other objections, Libertarian Party Chairman Nicholas Sarwark said Toure "devolved into a lot of inappropriate name-calling" with a potential party donor, according to the Philadelphia Inquirer.

Toure said Libertarian Party leaders do not represent its members. "That party is more left-leaning in leadership than they pretend to be. And the rank-and-file are, quite frankly, tired of it," he said. 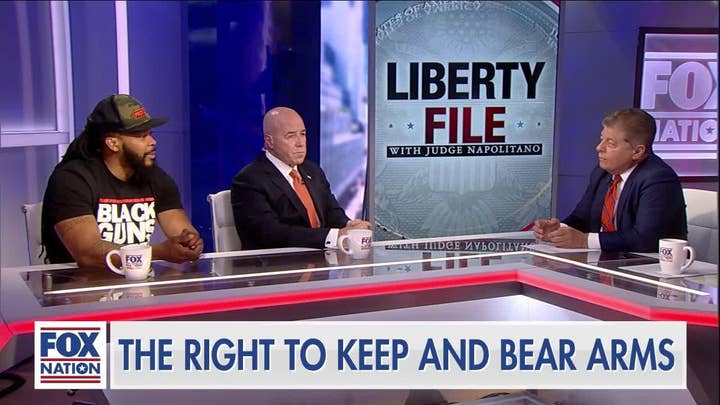 "I want the audience to understand the reason why I'm having this conversation is because I think we're blowing an opportunity," said Jones, who is also a self-described libertarian. "I have said for months there is an opportunity to win the black vote."

Toure agreed with Jones and argued that the Republican and Libertarian parties must do a better job speaking to minority communities. "My hood could just keep voting Democrat. At least they're giving them free stuff. In their mind," he said.

"This Blexit, this WalkAway, this exodus, this Blexodus, it gotta make sense," said Toure, referencing political movements that call for African-Americans to leave the Democratic Party. "This is black free agency, baby. You have to do something for our vote."

In conclusion, Toure said that more has to be done by libertarians and conservatives at the grassroots level to appeal to minority voters.

"The Constitution starts with, 'We the people', not the dudes behind the curtains. So strategically... when the people galvanize and the people stop saying, 'I'm gonna keep voting one particular way,' just out of habit, tradition or fear — then we'll start to get those results."

To watch all of "Keeping Up With Jones" go to Fox Nation and sign up today.