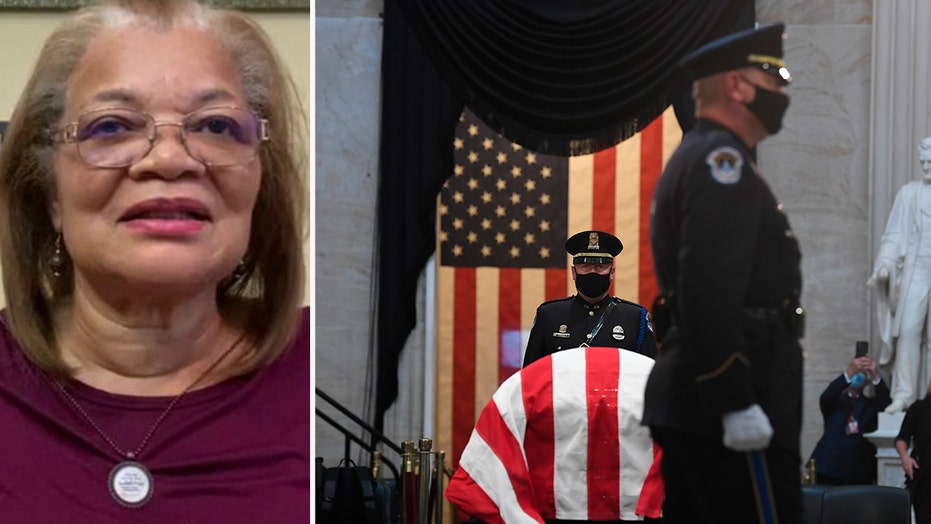 Alveda King, niece of Dr. Martin Luther King Jr., speaks out as the congressman lies in state at the U.S. Capitol.

It is important to remember civil rights icon John Lewis' legacy as a "humble" peacemaker as he is laid to rest, Dr. Alveda King asserted Tuesday.

In an interview on "Fox & Friends," King – the niece of Dr. Martin Luther King Jr. – said Lewis would be remembered as such.

HARRIS FAULKNER: JOHN LEWIS' DEATH SHOULD BE 'WAKE-UP CALL' FOR ACTIVISTS TO 'PUT THEIR FISTS DOWN'

"I do remember John Lewis, the peacemaker," she stated. "Even in times of turmoil, and more recent times here in the 21st century. I would always say, ‘that’s not the John Lewis I know.’ I can remember John's voice when he would speak. He had a beautiful sense of humor as well." 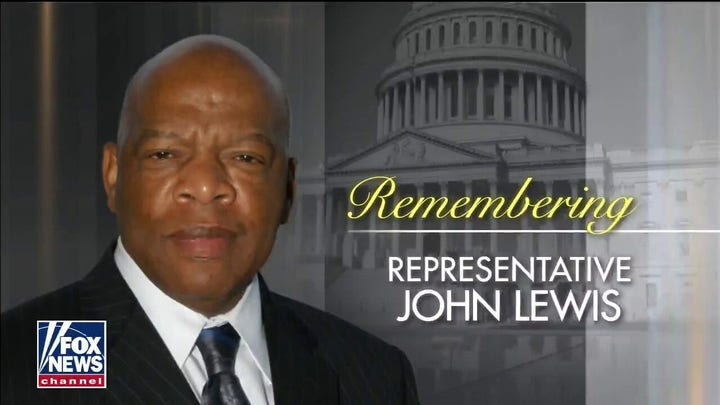 "He was a nonviolent peaceful warrior. That's something that young people could really learn and remember: how to use your words in a peaceful, humble way," King urged.

"And to still be strong, still be courageous," she added.

"I mean, to withstand the attack that John had where his skull was actually cracked — he survived and continued through five decades of service and leadership. That's something that's very, very important," King said.

The congressman's storied fight took him from protests against Jim Crow laws in the South – including the 1963 March on Washington and the 1965 Selma-to-Montgomery march known as “Bloody Sunday” – to a long career representing the state of Georgia.

Rev. Darryl Caldwell speaks as the casket of the late Rep. John Lewis, D-Ga., lies in repose during a service celebrating "The Boy from Troy" at Troy University on Saturday, July 25, 2020, in Troy, Ala. Lewis, who carried the struggle against racial discrimination from Southern battlegrounds of the 1960s to the halls of Congress, died Friday, July 17, 2020. (AP Photo/Brynn Anderson)

He was only 23 when he joined the Rev. Martin Luther King Jr. and other speakers outside the Lincoln Memorial as part of the March on Washington. According to The Washington Post, Lewis was the last surviving speaker from the event.

Lawmakers memorialized Lewis on Monday afternoon as his casket arrived at the U.S. Capitol building to lie in state on the third of six days of programs honoring him.

He is the first African American to have the honor of lying in state in the Capitol Rotunda. 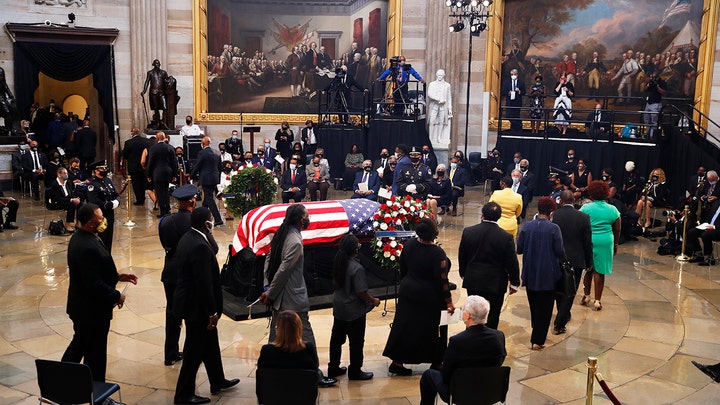 "There is a difference between the activist and the lawmaker," she affirmed. "Of course, when you get into politics, that can be a very murky path and the waters can be very, very murky. And so, John had to still fight to stand for common ground and to find places where human dignity could still be respected."

"He and I did not agree on philosophy, nor politics. I'm… a Christian Evangelist with the gospel of Jesus Christ. John [was] dealing with social justice and dealing with even a social gospel," King pointed out. "And so, the principles of those are totally different."

"However, I never got into arguments with John. We never hated each other. There was no animosity. And so, that is a certain way of dealing as a human being, even when you are totally in disagreement," she concluded.