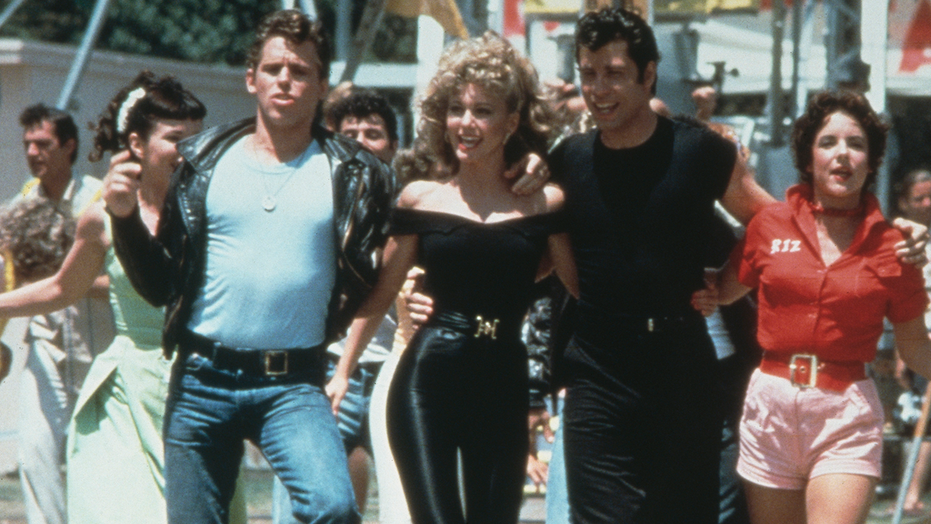 The founder of Spanx is hopelessly devoted to Olivia Newton-John’s pants.

Sara Blakely, who founded the shapewear brand in 2000, has revealed herself as the new owner of the skintight satin pants Olivia Newton-John famously wore while portraying Sandy Olsson in the 1978 film adaptation of “Grease.”

The pants, along with the leather jacket that Newton-John wore during the finale of "Grease," were <a data-cke-saved-href="https://www.foxnews.com/entertainment/olivia-newton-john-grease-outfit-auction" href="https://www.foxnews.com/entertainment/olivia-newton-john-grease-outfit-auction" target="_blank">auctioned off</a> on Saturday for $162,500 and $243,200, respectively. (Paramount Pictures/Fotos International/Getty Images)

The pants, along with the leather jacket that Newton-John wore during the finale of the film, were auctioned off on Saturday for $162,500 and $243,200, respectively. The items were among hundreds up for bid from the personal collection of Newton-John, 71, who was selling the pieces in an effort to raise money for her Cancer Wellness and Research Centre in Australia.

Blakely revealed herself as the winning bidder of the pants — as well as one of the film’s Pink Ladies jackets — on “CBS This Morning,” where she claimed she intends to frame the pants in the Spanx headquarters in Atlanta.

“I have been the biggest fan of Olivia since I was a little girl, since ‘Grease’ came out,” Blakely said, explaining that as soon as a friend told her the pants were up for bid, she knew she had to get them.

“I’m gonna frame them, and hang then at Spanx, because we have black faux leather leggings … they have become a cult following, and they’re inspired off of Olivia’s pants,” she added, while modeling a pair of the black Spanx leggings herself.

“I had to own them as the Spanx founder.”

Blakely added that she had even hired Newton-John, whom she called “the O.G. of black leggings,” to sing at her wedding over a decade ago.

Sara Blakely, who founded Spanx in 2000, is planning on framing the pants at the company's headquarters. (AP Photo/Evan Agostini)

Newton-John, who has battled breast cancer three times since 1992, set up the Olivia Newton-John Cancer and Wellness Centre in Melbourne, Australia, in 2008.