The Duchess of Cambridge has stepped out with a shorter 'do for a sweet reason. (Reuters)

The Duchess of Cambridge Kate Middleton has been subtly trimming her shining brunette tresses increasingly shorter through the last few years, but her most recent chop reportedly went straight to a good cause.

The Sunday Express reported that when the Duchess was in for a haircut a few months back, the soon-to-be mother of three asked for her seven inches of shorn hair to be donated to charity. Her tresses were soon passed along anonymously to the Little Princess Trust, which makes and donates real-hair wigs for children and young adults with cancer.

The organization itself had no idea that Middleton had donated her tresses until they recieved a phone call on Jan. 26, during which an unidentified caller allegedly spilled the beans.

The soon to be mother of three long rocked long, loose waves not long ago. (Reuters)

“We are so very grateful to every single person who kindly supports the charity in this way. As the Duchess of Cambridge is so much in the public eye, we hope the message that the charity can help children and young people with hair loss will reach everyone who might need our assistance,” manager Monica Glass said in a statement posted to Little Princess Trust.

“Receiving a free, real hair wig has a very positive impact on a child or young adult at such a difficult time.  We hope that this donation will encourage others to consider supporting the charity in the same way,” she added.

Sharing that the Little Princess Trust is “incredibly grateful and humbled” to receive all of its donations, their website states that it takes between 7-10 individual donations to make a single wig. 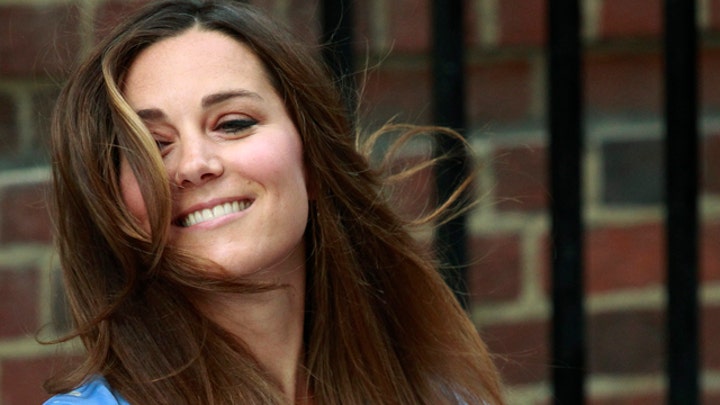 "It's lovely to think somewhere, a little girl is happily wearing a wig made from a real princess's hair. It's a very heartwarming thing for Kate to have done, and very thoughtful to use hair that would have otherwise just been thrown away,” a royal source told the Express.

The duchess isn’t the organization’s first celebrity donation, either — in 2016, former One Direction singer Harry Styles revealed that he donated his hair to the Little Princess Trust, sharing a photo that soon won 2.3 million likes on Instagram.

Whether or not beauty afficiandos race to donate their next trim to a charitablec cause, it's clear that the royals will continue influence their coiffures. Meghan Markle, for example, has already sparked a new craze with her messy, breezy bun.