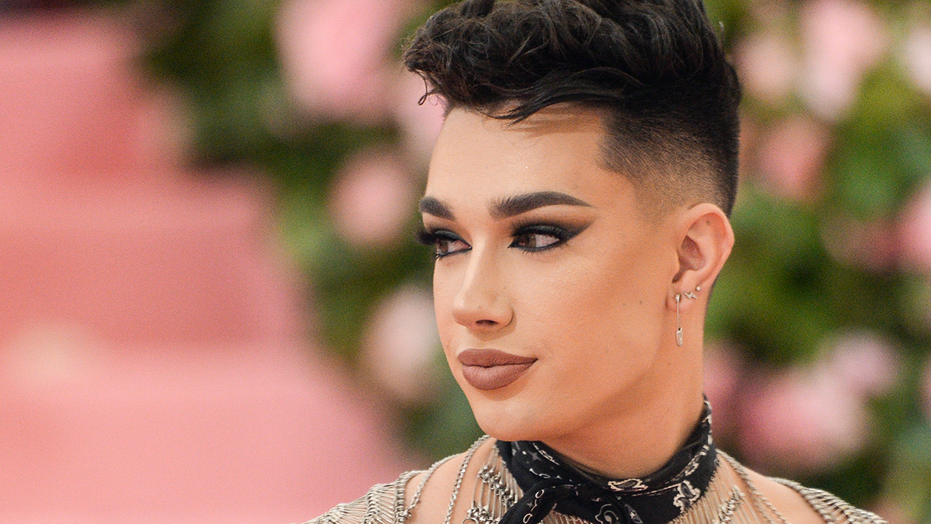 James Charles is back at work.

After announcing a hiatus amid the very public controversy between himself and former mentor Tati Westbrook, the 20-year-old beauty blogger returned on Tuesday with a brand new YouTube post.

The video, called “Hi Sisters,” contained a Pride-themed makeup tutorial, although Charles took a moment at the top of the lengthy post to address his absence.

“For those of you guys who do not know, I basically just took a much-needed monthlong break from filming YouTube videos and also from social media,” he said.

Charles also alluded to having a “very, very crazy month," adding that his addiction to social media had made it “incredibly, incredibly toxic” for him to keep working. He also said he felt he needed the break after “everything that went down” on social media.

The controversy surrounding Charles and Westbrook began in May, after Westbrook took issue with Charles sharing an unsponsored Instagram post in which he mentioned Sugar Bear Hair products — a product Westbrook considered to be in competition with her own Halo Beauty vitamin line.

Westbrook went on to accuse Charles of sexually harassing straight men in a 43-minute video she posted to YouTube, prompting Charles to apologize – in a makeup-free YouTube video of his own – for the “mistakes” he had made.

The controversy surrounding James Charles and Tati Westbrook began in May, after Westbrook took issue with Charles sharing an unsponsored Instagram post mentioning Sugar Bear Hair products — a product Westbrook considered to be in competition with her own Halo Beauty vitamin line. (Ray Tamarra/GC Images via Getty Images)

Westbrook called for critics to stop the "abuse” against Charles following her accusations.

“I do want the hate to stop. I want the picking sides and the abusive memes and the language, and all of that … I really hope on both sides it can stop,” said Westbrook. “That’s not why I made the video.”

Days later, on May 18, Charles posted what would be his final YouTube video before “Hi Sisters,” using the platform to clarify some of the controversy. He also addressed the sexual harassment allegations, sharing screenshots of a conversation between him and a waiter from Seattle, during which the waiter identifies as bisexual to Charles.

In his latest vid, however, Charles says he took some time to “detox” and he’s ready to get back to doing what he loves.

He has also announced that he would be donating a “huge chunk” of the proceeds from some of his upcoming collections to the Trevor Project, a non-profit organization offering suicide prevention and crisis intervention to LGBTQ teens.