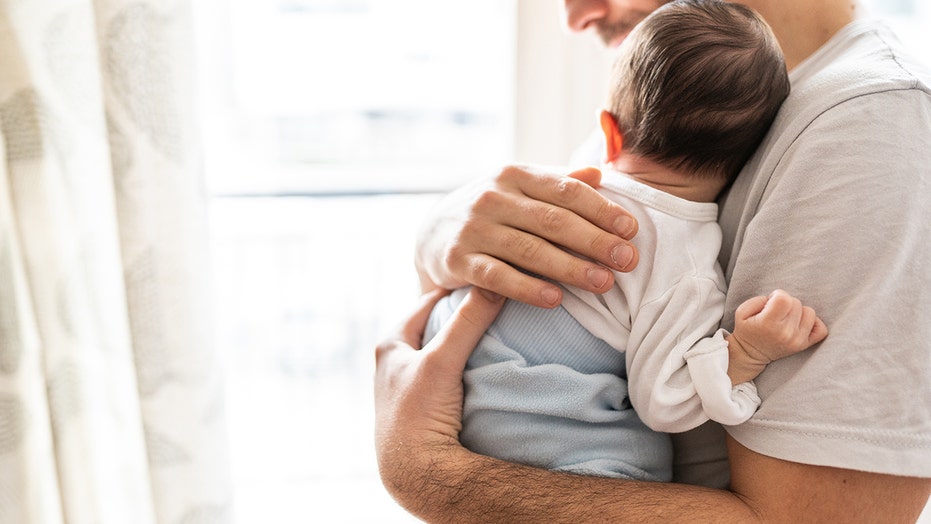 A dad’s very strict list of rules for visiting his newborn son is giving new meaning to the term “helicopter parent.”

The new father shared his family dilemma in a Reddit post explaining that his “guidelines” to his parents and in-laws have caused a rift.

After holding off visits to the hospital on the first day after the baby was born, the admittedly “anxious new parent” said he and his wife decided to email their families with a list of things to avoid when coming to see their son for the first time.

“Neither of our families are super clear on the whole ‘boundaries’ deal when it comes to newborns,” the anonymous dad wrote.

The list of no-no’s included a ban on anyone who's sick, not to mention anyone under 18 because “schools are a breeding ground for viruses.” Due to his mother being a “heavy perfume user” he also asked visitors to wear light or no fragrance.

A dad’s very strict list of rules for visiting his newborn son is giving new meaning to the term “helicopter parent.” (Photo: iStock)

“There were some other things I threw in,” he added, including letting the couple know in the advance what time they’re coming, keeping the visit between 9 a.m. and 5 p.m. and only 3-4 people at a time.

“I felt a little overbearing, but my wife read it over and said it sounded fine,” he said.

His parents and in-laws, however, did not adhere to the couple’s strict rules. The dad’s parents showed up at the wrong scheduled time, running into his aunt’s time slot. What’s more, he said, his mother came into the room and undoes the baby’s swaddle.

An hour later, his in-laws showed up while his parents were still there with their other grandson in tow.

“My wife has changed her tune about the whole thing and thinks I was being too combative,” the author shared. (Photo: iStock)

“My wife tells them that they can't bring him in. Their grandson starts to cry and my MIL starts to scold us for forbidding children, so my father pipes up saying that we're being too coddling,” he wrote.

His mother accused the couple of being rude and cold and that as a grandmother “it’s her right to visit the baby when she pleases and shouldn’t have to ‘RSVP’ to her grandson’s birth. She also said that he was impolite for sending out a ‘demanding’ email and that if he continued to “regulate” his son as strictly as he did their visits “he’ll grow up resenting my wife and I.”

Things continued to spiral as his mother told him that she raised him too well to be so rude to his family, and his mother-in-law told his wife that if she didn’t “crackdown” on him, they’d never visit again.

“My wife has changed her tune about the whole thing and thinks I was being too combative,” he added. “I really don't think I was that wrong in exercising my boundaries, and I think that them not listening is proof it was needed.”

“Your kid, your rules,” one Reddit user commented. “You and your wife need to have a serious conversation about expectations in dealing with family and how best to project a united front while dealing with them.”

Another person wrote, “you have to admit that the email is a little bit over the top controlling. I def would've felt weird receiving that and would've replied in a snippy way as well.”

There was one comment, however, everyone could probably agree on: “Thanksgiving gonna be fun for you!”