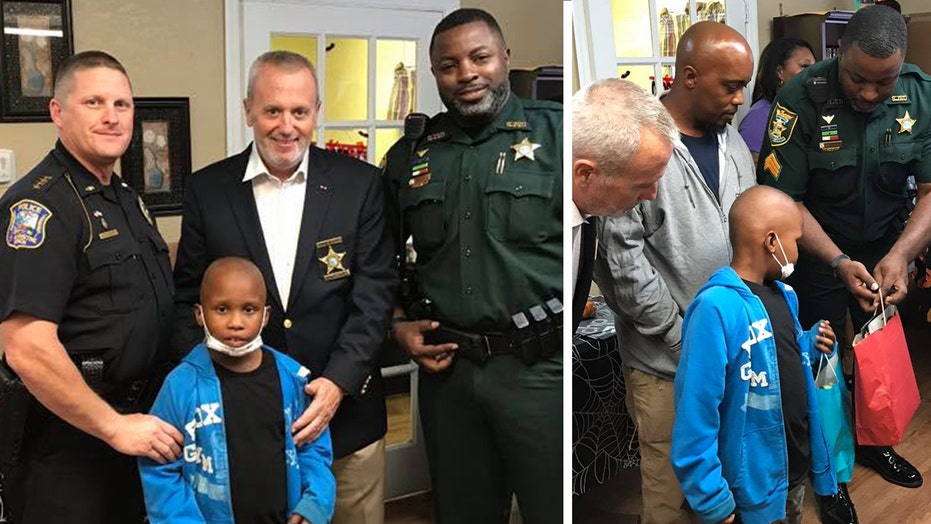 A Florida boy battling cancer got a nice surprise on Friday after a deputy sergeant, who learned about the seven-year-old’s diagnosis, started a fundraising effort to send the boy and his family to Disney World.

St. Johns County Deputy Sgt. Napolian Staggers recognized the boy getting off the school bus several weeks ago and noticed he had cut his hair off, the office posted on its Facebook page.

The Facebook post read, “In a casual conversation SGT. Staggers inquired why he cut his hair off…The boys mom said; He didn’t tell you, he is battling cancer?”

Gilliard reportedly had been diagnosed with bladder cancer this past June and had been staying at the Ronald McDonald House while he received chemotherapy and radiation treatment.

Staggers starting the fundraising effort after learning Gilliard would be away for treatments and that he had never traveled outside St. Augustine and has never been to Disney World, the website reported.

After Staggers started raising money so that Gilliard and his family could go to Disney World,  nonprofit organization Make-A-Wish joined in the effort and “amplified the days and opportunities that the family can enjoy,” according to the sheriff’s office.

Staggers reportedly raised enough money to send the family to Disney for one weekend, but Make-A-Wish helped extend the trip to a full week-long all-inclusive vacation.

“God is good,” Gilliard’s father, Arcolia Gilliard Sr., said. “I never expected anyone to do anything, so God bless them.”

Gilliard’s mother, Octavia Bailey, added: “My child has been going through so much — chemo, radiation, surgery. He probably feel[s] like, when is his fun going to come around and when is he going to get his mind off of everything?”

She continued, “For this trip to come across it’s like, my child can smile when he want[s] to smile, and get that break that he needs and just be a child.”