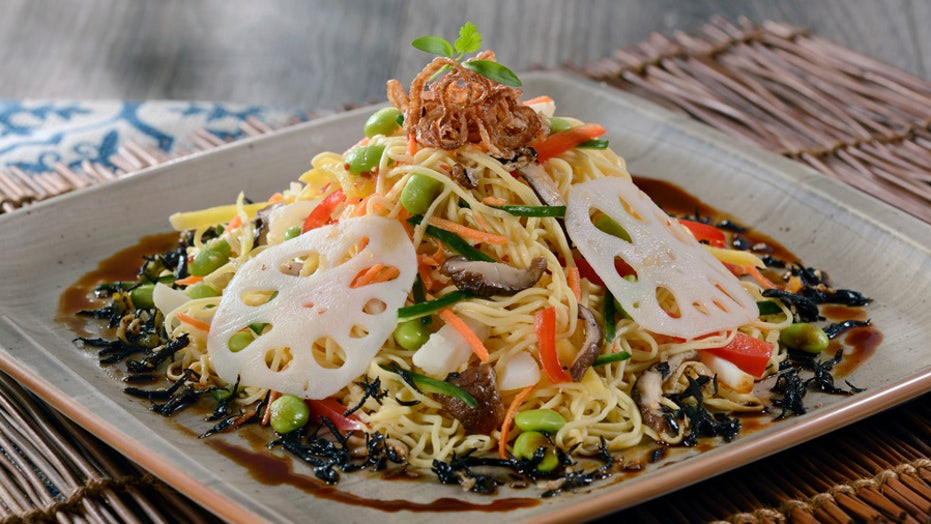 Not crazy about the pork-filled Ronto Wraps at Galaxy’s Edge, or even the buttercream-topped “bloody” wedding cake at the Haunted Mansion? Then perhaps the Disney Parks can entice you with the hundreds of plant-based menu options coming to parks in the near future.

On Monday, the Disney Parks Blog announced that all of the “major” quick- and table-service restaurants at Disney World and Disneyland will soon be adding plant-based options to their menus, along with a new plant-based “icon” to help guests identify the meat-free, dairy-free, honey-free and egg-free dishes.

Options will include both savory and sweet offerings, Disney Parks confirmed. A new icon signifying which dishes are plant-based will be added to menus, as well. (Disney Parks Blog)

“Our guests will now be able to choose from hundreds of sweet and savory creations, including many brand-new dishes destined to become fan favorites!” reads the announcement.

The Felucian Garden Spread, to be available at the Docking Bay 7 Food &amp; Cargo in Galaxy's Edge, comes with a plant-based kefta patty, hummus, salad and pita. (Disney Parks Blog)

Among the dishes guests can look forward to, Disney World has shared previews of the Steamed Asian Dumplings, made with plant-based “meat," to be available at Le Cellier at Epcot; the Felucian Garden Spread, with a plant-based kefta patty, hummus, salad and pita, at the Docking Bay 7 food court in Galaxy’s Edge; a Chili-Spiced Crispy Fried Tofu Bowl, topped with slaw, boba and spicy chili, at the Satu’ll Canteen at Disney’s Animal Kingdom; and a Cashew Cheesecake at the California Grill inside Disney’s Contemporary resort.

The Shiriki Noodle Salad, to be available at the Jungle Navigation canteen at the Magic Kingdom is tossed with mushrooms, green mango and chili sauce. (Disney Parks Blog)

A video explaining the new plant-based initiative also features a look at a few items already available at Disneyland, including crispy potato flautas with plant-based “chorizo,” available at the Lamplight Lounge at Disney California Adventure, as well as a new Rongo Salad at the Disneyland Hotel’s Tangaroa Terrace.

News of the menu additions was largely met with praise on Twitter, with vegan and vegetarian guests applauding the announcement.