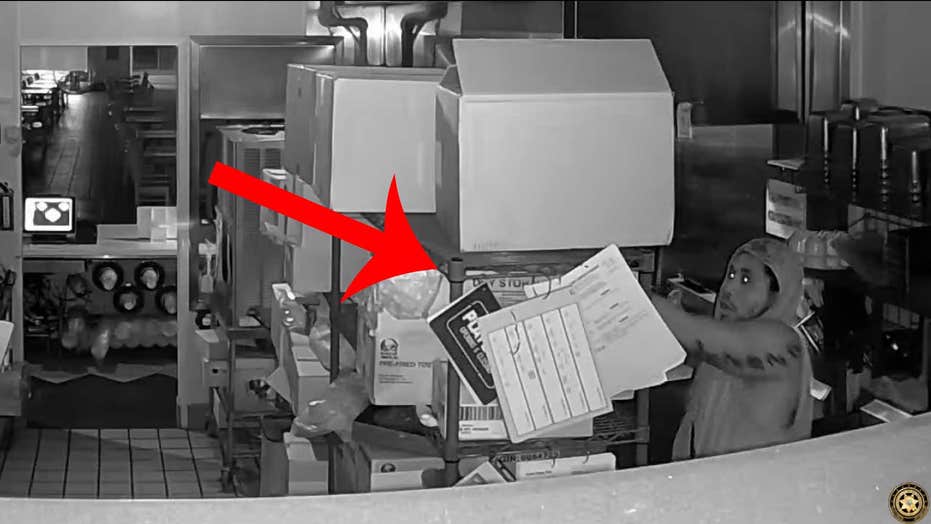 You never know when you’re going to be overwhelmed by a craving for a Crunchwrap Supreme, apparently.

A thief in Florida was filmed robbing a Taco Bell at the Boynton Beach Mall on Nov. 2 and he is seen grabbing not only cash but some tostada shells too.

Police suggested that the suspect is responsible for a separate robbery at the same location earlier this month.

“When you break into Taco Bell for cash but can't resist the pre-fried tostada shells,” the Boynton Beach Police Department wrote on Facebook, in a post containing surveillance footage from inside the restaurant.

“If he hung out a little longer he'd have [a] hard time resisting sitting on the toilet too,” a Facebook user joked.

“This is just a taco bell publicity stunt,” another user jokingly commented.

Police are now asking anyone with information to contact the authorities or the Palm Beach County Crime Stoppers.

A representative for the police told Fox News that the suspect had not been identified or apprehended as of Monday.