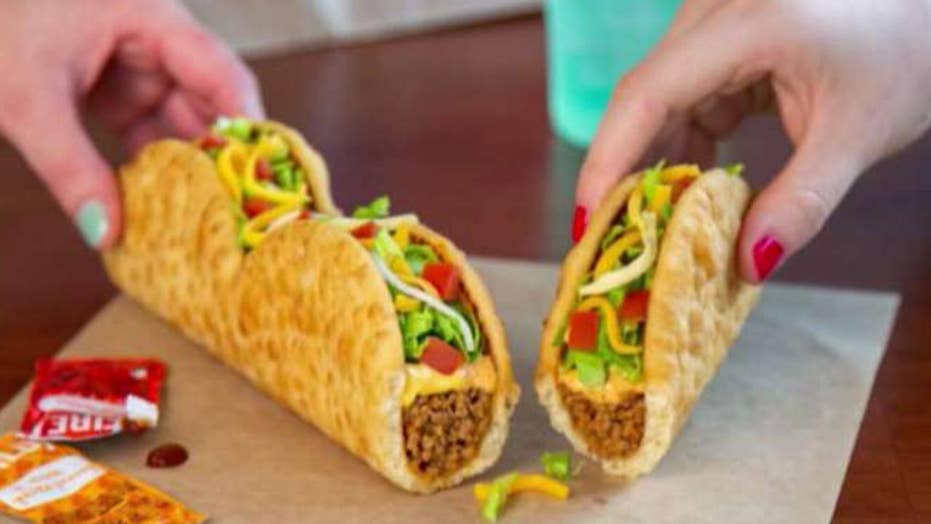 Once again Taco Bell is making the world a better place.

It’s sadly time to say goodbye to some old friends.

By "old friends," we mean items on the Taco Bell menu. The company recently announced that they would be removing nine items from their menu, including some surprising dishes.

Taco Bell is "decluttering" its menu to focus on their most popular items. (iStock)

In an attempt to “declutter” their menu, Taco Bell is focusing on their best sellers and most popular combos, Nation’s Restaurant News reports. The company also reorganized the combo menu in a similar attempt to prioritize the most popular selections.

The Cool Ranch and Fiery Doritos Locos Tacos will be leaving the menu when the new menu takes effect on September 12, according to a blog post on Taco Bell’s website. The regular Doritos Locos Taco will remain.

The other items leaving are the Beefy Mini Quesadilla, the Chipotle Chicken Loaded Griller, the Double Decker Taco, the Double Tostada, the Power Menu Burrito, the XXL Grilled Stuft Burrito and the chips and salsa.

In the blog post, Taco Bell said, “As you can see, we gave our menu a brand new look-and-feel to help make ordering easier. It’s kind of like our version of decluttering a closet. We removed some items and updated it with a craveable assortment that includes best-sellers and updated combo options.“

The new menu goes into effect September 12, so make sure to check the combo number before accidentally ordering a Steak Quesarito combo when you really wanted a Mexican Pizza combo.